PHOENIX – An American Islamophobe has been arrested after he visited a mosque in Phoenix, the USA on March 16 and wandered into rooms without permission and, when questioned by a mosque leader, made a slashing motion across his throat, CNN reported.

“Noel Thomas Becht showed up Saturday evening at the United Islamic Center of Arizona and he was curious about Islam. He was encouraged to sit in on a prayer service,” Phoenix police said.

The 40-year-old man is being held on charges of threatening and intimidating, disorderly conduct and trespassing. He’s scheduled to appear in court next Monday on March 25.

According to the police, Becht sat for a while but then began wandering around the building, going into rooms where he wasn’t allowed.

He asked questions about the service times at Phoenix mosque as well as another mosque in Tempe, about half an hour drive by car.

“A mosque leader questioned Becht, who then held his finger to his throat and made a sawing motion,” the police report read. The leader later told police he “felt as though Becht was signaling, he “wanted to behead him.”

The police responded at 7:25 pm and took Becht into custody. He was booked into the Maricopa County Jail, where he was still being held on the morning of March 19.

After the incident, the United Islamic Center of Arizona thanked the community for their support on Monday through the official Facebook page.

“After the recent incident that occurred on Saturday night at UICA, we have seen the true strength and the unity that are present within our community and elsewhere,” the center wrote.

“Muslims and non-Muslims alike came to show us their support and to work hand-in-hand with us to unroot hate, radicalism and supremacy of all forms,” the message continued. 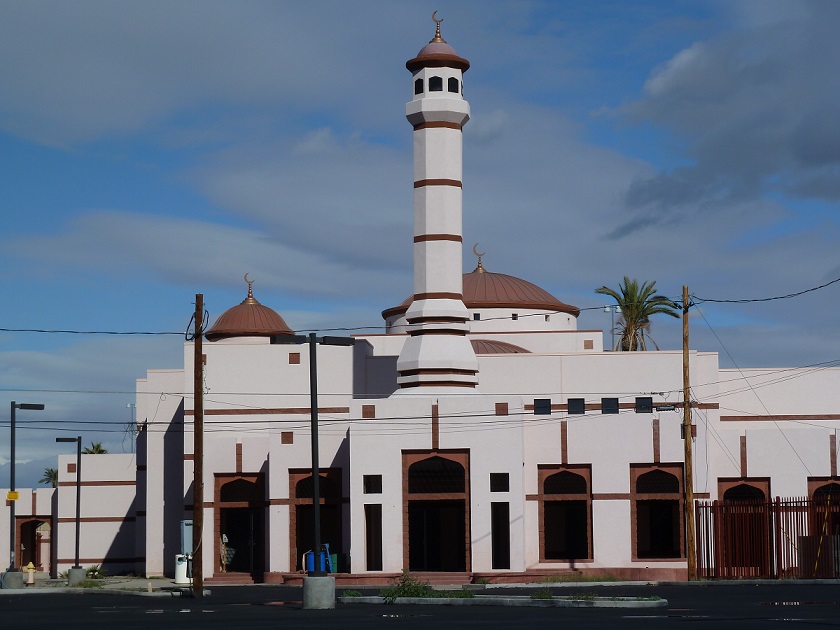 In light of the incident, the Council on American-Islamic Relations (CAIR) sent out a 16-page safety guide to mosques with instructions on how to install cameras as well as how to deal with active shooters, bomb threats, and suspicious packages.

Following Christchurch attacks, around 400 Muslim scholars, academics, and community leaders from around the world signed an open letter calling for an end to Islamophobia.

The leaders of the British Muslim community have also called on the government to provide funding for mosque security.