Hollywood would be getting its first Muslim superhero movie soon with the Disney’s latest announcement of introducing Ms. Marvel in a solo Marvel movie project, Deccan Chronicle reported.

“You will meet her in her Disney+ series and then you will see her in our films. It is incredibly exciting for us,” said Kevin Feige at the Disney’s ultimate fan event D23 Expo.

Kevin said his studio is developing ‘Ms. Marvel’ with Kamala Khan, the first Muslim Pakistani-American superhero, who will spearhead her own solo Marvel project.

Earlier this year, Kevin has announced in a BBC interview that the first Muslim superhero from their comic book was to make it to the movies.

The Ms. Marvel series will be helmed by Bisha K. Ali and will revolve around a teenager named Kamala Khan, a Pakistani-American resident of New Jersey, with the ability to stretch and change shape.

Kamala Khan, who’s the fourth character to be named Ms. Marvel, was given her own Ms. Marvel comic book series by Sana Amanat, G. Willow Wilson, and Adrian Alphona back in 2013-14. 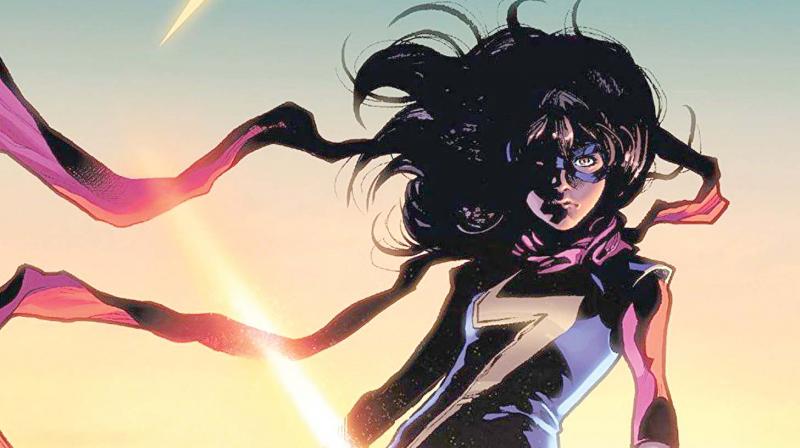