WASHINGTON, DC – History has been made after the US elected its first Muslim women to Congress, Michigan’s Rashida Tlaib and Ilhan Omar of Minnesota.

“We did this together,” Omar tweeted after announcing the results. “Thank you!” The Independent reported.

We did this, together.

The Minnesota state congresswoman ran a progressive platform that included “Medicare for all,” criminal justice reform and abolishing Immigration and Customs Enforcement (ICE).

Tlaib, a Palestinian-American, secured Michigan’s 13th congressional district in a race in which she was the sole major party candidate, having won the Democratic primary earlier this year.

Ahead of the race, Tlaib told CBS: “The first thing I think about when somebody says you’re going to be the first Muslim is celebrated this moment. We changed the course of history at a time we thought it was impossible. And that if you just believe, believe in the possibility of someone like me.”

She added: “I think people don’t realize just how much of a roller-coaster it is and its happy chaos right now.”

Omar, who entered a race against a pack of five other candidates to fill current Rep. Keith Ellison’s seat, won 48 percent of August’s primary vote.

She became the nation’s first Somali-American lawmaker after being elected last November 2016 as a state representative from Minneapolis.

Congratulations to my sister @RashidaTlaib on your victory!

I cannot wait to serve with you, inshallah. ??

Meanwhile, Keith Ellison, who rose to national prominence as the first Muslim elected to Congress, was elected Minnesota attorney general on Tuesday.

The results were welcomed by American Muslim groups as making history.

.⁦@RashidaTlaib⁩ & ⁦@IlhanMN⁩ Are The First Muslim Women Elected To Congress

“They defy ideas of what Muslim women should look like, do like, be like, and I think people will continue to be fascinated by them”
-⁦@WaelAlzayat⁩, Emgage CEO https://t.co/GX9YnLGyOc

“We congratulate the successful American Muslim candidates nationwide, whose victories demonstrate the strength of our political system and the growing positive role of American Muslims at every level of our society,” said CAIR National Executive Director Nihad Awad. Salim Patel, who was initially appointed to the Council following the death of Zaida Polanco in September of this year, confirmed his position with an overwhelming vote total on Tuesday.

Democrat Safiya Wazir, 27, a mother of two who escaped Afghanistan as a child, defeated Republican Dennis Soucy for the seat in New Hampshire.

In Prince William County, Virginia, Babur Lateef, interim chair for Prince William County School Board, won the special election Tuesday to fill the final year remaining of the current term. In the same county, Haseeb Javed was elected a member of the Manassas Park City Council. 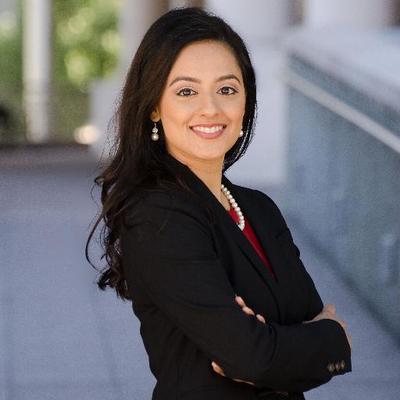 Rabeea Collier, who has practiced law for 12 years, was also elected for 113th Civil District Court. Attorney Mujtaba Mohammad has also won a seat in the Senate for North Carolina.