FLORIDA – For years, local American Muslims in Jacksonville, Florida, have been offering free medical care to people who cannot afford it, donating their time and money with little or no recognition at all.

“I lost my job because I couldn’t work at the time that I had the stroke,” Zachary Tilley, a patient at Muslim American Social Services, told News4Jax on Friday, January 20.

Tilley has a rough year, suffering a stroke and heart problems, which costed him his job and insurance.

With no money to pay the bills, he wasn’t able to get the medical treatments he needed — until someone referred him to the clinic.

Tilley and more than 2,000 other patients have all been able to come to the clinic and see a number of top-notch doctors for free.

“Right from the first time the response was overwhelming, and at that time we realized the need in the community,” said Dr. Mohammad Ilyas, co-founder of Muslim American Social Services.

Since 2009, Ilyas, and about 30 other doctors from all different specialties, have volunteered their time, treating Jacksonville’s underprivileged and sick.

“All for free. No charge to the patients,” Ilyas emphasized.

The medical center, Mecca Clinic, continues to work thanks to donations from the local Islamic Center, and partnerships with hospitals and nonprofits.

“We are trying to do our part, serving beyond any ethnicity, beyond any religious boundaries,” Ilyas explained. 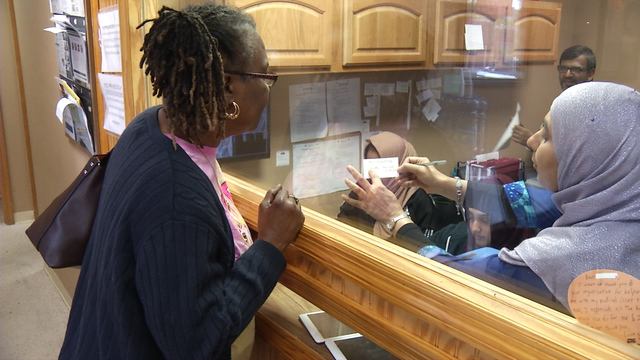 The clinic has been a big help to many local families, including Muskaj’s family, who just moved to Jacksonville from Albania.

“It’s tough to be a single mom and do everything by yourself and take care of your parents,” said Muskaj.

The clinic shows the true colors of people who are often misunderstood or wrongly judged.

“There is no discrimination based on anything. A lot of people have definitely been surprised about it,” said clinic worker Laura Abney, ARNP.

“They really helped me when I needed help,” said Tilley.

Dr. Ilyas confirmed that giving back is one of the pillars of Islam, something that the local faithful say they’ll do no matter what.

In a time when there’s so much scrutiny and discrimination against people who practice Islam, this public service is healing hearts one patient at a time.

“I hope that in the bigger picture, this thing will try to change the face of the Muslims in this country,” Ilyas told News4Jax.

“It is very, very helpful. We are really blessed,” said Nertila Muskaj, the daughter of a patient at the clinic.