Aboubaker Thabti, seen here with his wife, Khadija, and their two children, Meriem and Mohamed, was one of the six men killed in the mosque.
aaa

QUEBEC – As Muslims mark the two years since the Quebec mosque shooting that left six killed, the family of Aboubaker Thabti, who was killed while praying, will receive financial support from the provincial organization that handles requests for compensation from victims of crimes, CBC reported.

“I’m scared all the time. I have nightmares,” Khadija Thabti said on Sunday.

Khadija had a job at a daycare before the shooting, but since then she has had difficulty working with children.

“I tried to work, but I stopped. I wasn’t capable. It was very hard,” she added.

After turning down her request for compensation twice, Indemnisation des victimes d’actes criminels (IVAC), the provincial organization that handles requests for compensation from victims, approved the request on Sunday. 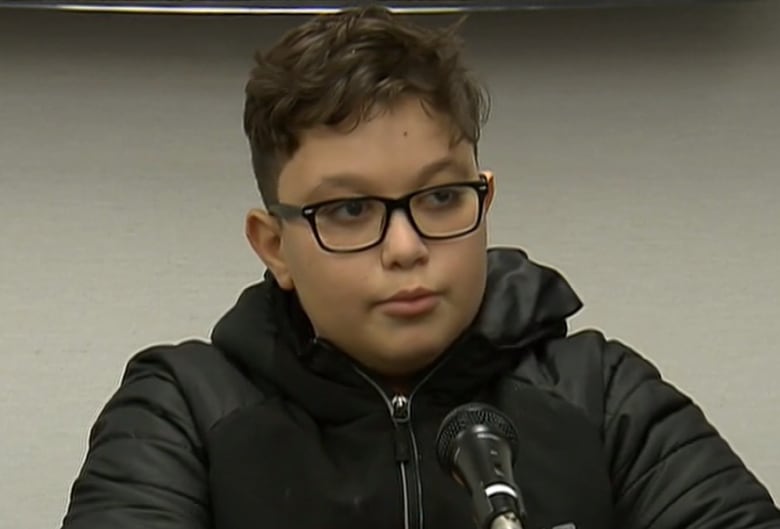 Mohamed Thabti says he is frustrated it took so long for IVAC to recognize that he, his sister and mother are victims of the Quebec mosque shooting. (CBC News)

Their lawyer Marc Bellemare said the fact they had to fight for two years is unacceptable.

“They will live all their lives with this weight, this trauma,” he said at a news conference in Quebec City on Sunday, announcing his client’s legal victory.

“Those delays are not acceptable in Quebec. So I hope that the minister of justice will give instructions to the public servants to accept these cases as soon as possible.

Bellemare urged anyone who was at the mosque that night, or who had family at the mosque, to come forward to IVAC to seek compensation.

“They need help,” he said. “The first responsibility of IVAC is to help people,” he added.