SANTA FE – When the sun starts to drape the Sangre de Cristo Mountains during the first ten days of Dhul-Hijjah, the Muslim community of Santa Fe in New Mexico State will listen to the call to `Eid prayer echo.

“It’s still beautiful, but it’s small in New Mexico. It’s like Christmas. If everybody is celebrating it, you feel it more. Here, you feel more alone,” an Egyptian Muslim, Zeina Benhalim, told Santa Fe New Mexican on August 19.

When the `Eid Al-Adha prayer ends, smiles will spread around the Santa Fe mosque as up to 200 people greet one another in celebration.

This year, Muslims all over the world will celebrate `Eid Al-Adha, aka Festival of Sacrifice, between August 21 and August 23.

Benhalim owns the Tribes Coffeehouse and lives in Santa Fe since about 26 years.

“I used to live in Abiquiú for three years after moving from Texas. New Mexico has a smaller population of Muslims, but it’s more open to the Islamic faith,” she believes.

“I feel comfortable here, but I had to adapt. After the terrorist attacks of 9/11 people stared at me because I used to wear a hijab. Going to the grocery store became a burden as people traced my steps with their eyes.”

As a minority in the state, Imam Ibrahim Habach, the religious leader at the Masjid Al-Rahma mosque in Santa Fe, said he is resigned to discrimination and misconceptions about his faith after emigrating from Syria 25 years ago.

In April, Habach moved from Florida to New Mexico to head the Santa Fe mosque.

“The mosque here draws about 50 to 60 people for Friday services. The Muslim community isn’t very active here,” the imam informed. 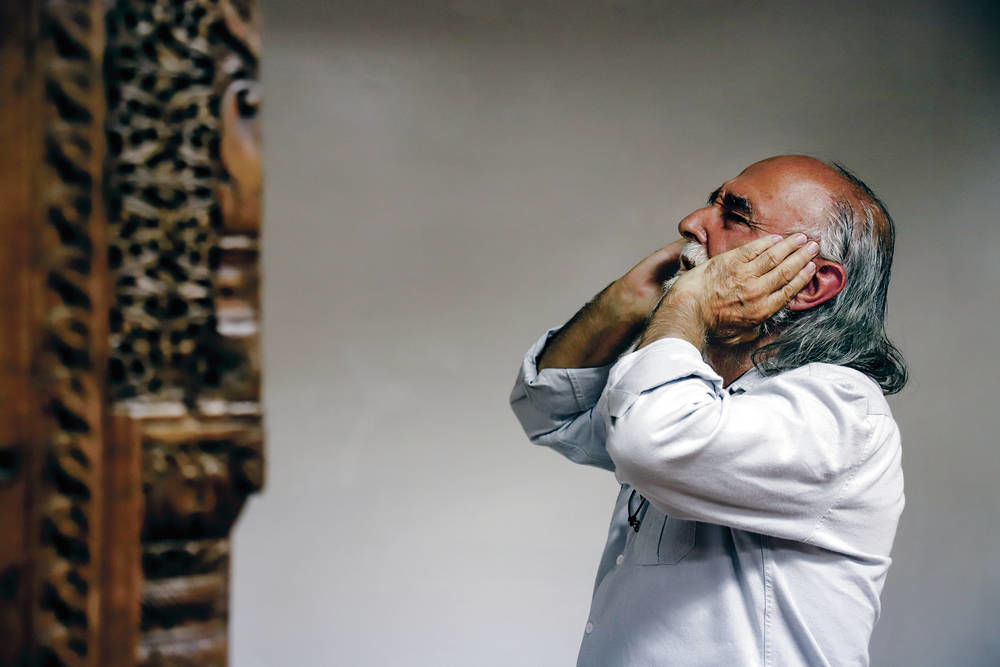 Another member of the Muslim community is Aamna Nayyar who wears a hijab. When she first moved from Pakistan about 22 years ago, her husband was concerned about her.

“There’s always going to be somebody that’s not happy with you,” she said. “I realize it’s their problem, not mine.”

Nayyar has been the director of the dental department at Santa Fe Community College for about 17 years.

“Most people are friendly, but I’m also resigned to discrimination and ignorant questions regarding Pakistan, women’s rights and Islam,” she said.

The Muslim female dentist lived in Indiana, Ohio, Kentucky, and Florida before settling in New Mexico and said she prefers the directness of people here as they ask questions about Islam.

“I feel it adds responsibility on our shoulders to go and talk with more people and discuss Islam.”