WINDSOR – A Canadian Muslim restaurateur, upon receiving bad reviews linking his halal food to extremism, has been pushing back with an explanation of the true notions of halal, CBC reported.

The owner, Eddy Hammoud, operates Eddy’s Mediterranean Bistro in Windsor and Tabouli by Eddy’s in Tecumseh.

The new restaurants, which opened a few months ago, have been targeted not for their service, but for serving halal meat.

The hateful social media campaign against the Muslim restaurant claimed that the restaurant’s servicing of halal food “alienates Canadians and the Canadian culture and supports the terrorist group ISIS.”

Commenting on the negative reviews, Hammoud said, “I have Canadian customers, they come in here, they like halal meat because they can tell the difference between halal and not halal.”

“Halal food isn’t new to Canada. If this is something Canada was against, then it would have been stopped.”

“Animals are slit at the throat for halal meat and are then drained. This’s the right way in our religion You have to cut the throat, you have to let the blood drain all the way because supposed to be no blood in it,” he said. 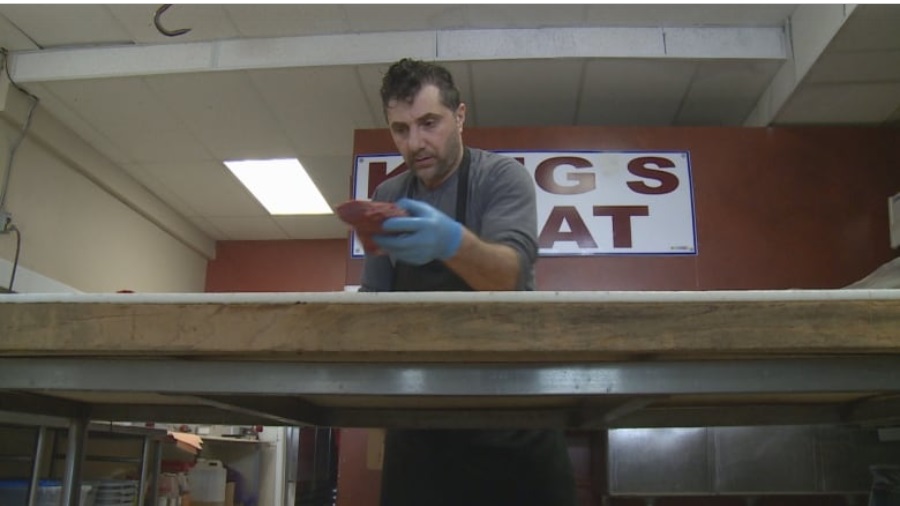 Sami Kleit says some customers who don’t always eat halal will visit his shop because they can tell the difference between halal and non-halal meat. (Vince Robinet/CBC)

Muslims should only eat meat from livestock slaughtered by a sharp knife to their necks, and the name of Allah, the Arabic word for God, must be mentioned.

Animals are slaughtered during the production of Muslim halal and Jewish kosher meat in order for the blood to be drained.