“I’d like to be able to say (these things) are unimaginable, but unfortunately, in the world we live in today, they’re imaginable,” Bob Rae, the former Ontario premier and prominent Liberal, told CTV.

“People are so deeply traumatized and hurt by what’s happened,” Rae, who was appointed a special envoy to Myanmar on Oct. 23, added.

Since August, more than 600,000 Rohingya Muslims and other minorities have made the perilous journey from Burma into Bangladesh to avoid what the United Nations has called a case of “textbook ethnic cleansing,” and “the world’s fastest-growing refugee crisis and a major humanitarian emergency.”

During his visit to refugee camps in Bangladesh, Rae met with 12 Rohingya women who shared their experiences and tragedies in their homeland.

Rae said the nature of these harrowing stories has been consistent.

Another thing that has struck the special envoy: “Where are all the men?” he says. “What happened to them?”

One man in the camp, Jahid Hossain, said he managed to escape only because he had a warning.

“My boss is a good man and he told me to take my wife and kids and leave because there would be a massacre,” Hossain said.

Muslims account for around 6 million out of the 65 million citizens in Burma.

Described by the UN as one of the world’s most persecuted minorities, Rohingyas are not allowed to own land.

Rohingya Muslims have been denied citizenship rights since an amendment to the citizenship laws in 1982 and are treated as illegal immigrants in their own home. 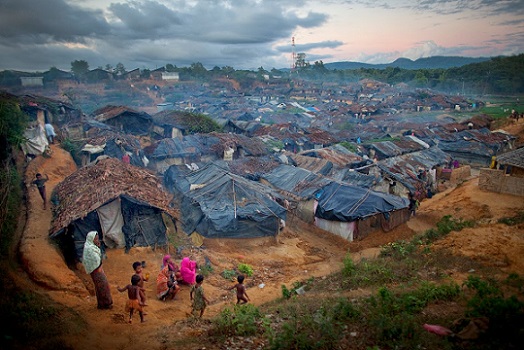 Amid terrible living conditions, the Rohingya Muslim community has an extraordinary resilience and courage.

According to Rae, children, who make up more than half of the refugee population, are carrying on with everyday life. Refugees are building homes and mosques, and schooling is being provided.

“I had one wonderful conversation with a few men who were standing around, and they said ‘why are you here?’ and I said ‘we need to make this place livable … and that’s a big challenge because this is the fastest growing group of refugees anywhere in the world right now.”

The Canadian special envoy is determined on conveying these conditions to Prime Minister Justin Trudeau ahead of next week’s APEC meeting in Vietnam.

“I think Mr. Trudeau is known throughout the world as a good-hearted man, and I think he’ll be very heavily impacted by what he sees and what he hears,” Rae said.

“Somebody has to be held responsible for this,” he added.

The official added that Canada should be closely involved in establishing relationships that make “real progress.”

“And I think anybody who sees a picture of these kids; you can’t leave a place like this and not have a sense of obligation to do whatever you can to make a full life for them possible.”