OTTAWA – Hoping to boost recruiting of Muslim women, the Royal Canadian Mounted Police and the Police Scotland have announced hijab as an optional part of uniform, a move widely praised for engaging Muslims.

“This is intended to better reflect the diversity in our communities and encourage more Muslim women to consider the Royal Canadian Mounted Police as a career option,” he said.

Though the RCMP faced a public outcry in 1990 over a decision to allow Sikh officers to wear turbans as part of their uniforms, attitudes have softened since then and Canadians have embraced the change. 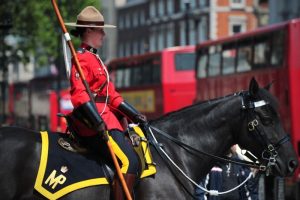 The hijab was added to the uniform after due testing to pick suitable design for police work, according to RCMP Commissioner Bob Paulson.

No officers had yet asked to wear hijabs as of earlier this year, when the policy was quietly enacted.

With the latest uniform change, the RCMP becomes the third police force in Canada to add the hijab option after Toronto and Edmonton.

Police in Britain, Sweden and Norway, as well as some US states, have adopted similar policies, Bardsley said.

The Metropolitan Police in London approved a uniform hijab more than 10 years ago.

Two months after the suggestion to include hijab, Police Scotland announced that the Muslim outfit has become a part of the uniform to encourage Muslim women to join the service.

“I am delighted to make this announcement and welcome the support from both the Muslim community, and the wider community, as well as police officers and staff,” Chief Constable Phil Gormley was quoted by The Telegraph on Wednesday, August 24.

“Like many other employers, especially in the public sector, we are working towards ensuring our service is representative of the communities we serve.

“I hope that this addition to our uniform options will contribute to making our staff mix more diverse and adds to the life skills, experiences and personal qualities that our officers and staff bring to policing the communities of Scotland.”

Police Scotland figures showed that there were 127 applications from black, Asian and ethnic minority candidates in 2015-16. That was just 2.6% of the total number applying to work for the force.

In a briefing to the Scottish Police Authority (SPA), Police Scotland said it would need to recruit an additional 650 ethnic minority candidates to reflect the 4 per cent of those from black and Asian backgrounds in society as a whole, something it described as currently “unachievable”.

In a bid to increase female Muslim officers, a headscarf has been “sourced and tested” and will be presented to a uniform standards working group for consideration.

The new plan was supported as a move in the right direction toward integrating more Muslim women.

“This is a positive step in the right direction, and I am delighted that Police Scotland is taking productive steps in order to ensure that our organization is seen to be inclusive and represents the diverse communities that we serve across Scotland,” said Fahad Bashir, Chair of the Scottish Police Muslim Association.

“No doubt this will encourage more women from Muslim and minority ethnic backgrounds to join Police Scotland.”