CALGARY – For the first time in Canada, a Calgary Islamic school has partnered with a local theater company to tackle subjects like Islamophobia, identity, and the history of Muslims in the country, CBC reported.

“They’ve been here preparing our students with props, rehearsals and the kids have had an amazing time learning all about the arts world.”

Bashir was talking about the school’s partnership with Calgary-based Trickster Theatre for a crash course in acting and performance.

The partnership was the result of a successful $11,000 grant application through the Calgary Arts Development.

“Our main theme is the history of Muslims in Canada with each class asked to create a play as part of that bigger picture. My class is dealing with stereotypes and Islamophobia, another class is dealing with first Mosque that was built in Canada, language barriers, and Muslims as community helpers,” said Bashir.

“I just want them to be proud of who they are. To show the world that we are not what you think we are, we are just like everybody else but at the same time we’re also very different so accept us and we accept you.” 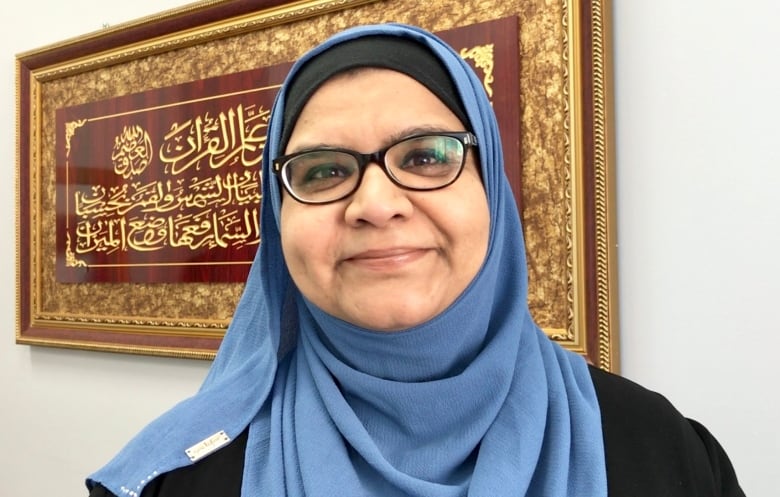 “What we’re trying to do is change some of the stereotypical beliefs. As part of the initiative they’ll be producing a CD that has the plays and messages from the classes and it’s envisioned that it will be shared both at the national level and international.”

The kids say the experience has helped them acquire new skills like public speaking, acting and an increase in confidence.

“We get to learn and be proud of our religion and they help us learn new skills like acting and public speaking,” said Sala Waqas.

“I’m excited and proud that us Muslims are finally being able to show the world what we’re really all about. We’re talking about how people have the wrong idea about us, that we’re terrorists, bombers, extremists, stuff like that,” said Grade 9 student Tayyib Zia.

“They’ve been teaching us drama skills, and not only drama skills but how to showcase our religion through drama,” said Rinad Hamid.