A newly released briefs with the name of Muhammad Ali on it has stirred criticism from fans, rejecting it as humiliating the memory of the late boxing legend.

“If he did not accept that his name is written on the floor. What do you think would he say about boxershorts !!??” Subhi Miri added.

The late Muhammad Ali who himself was a practicing Muslim highly respected the Prophet Muhammad and famously refused to have his name put on the Hollywood walk of fame. Because of this, he is the only celebrity whose name is on the wall. 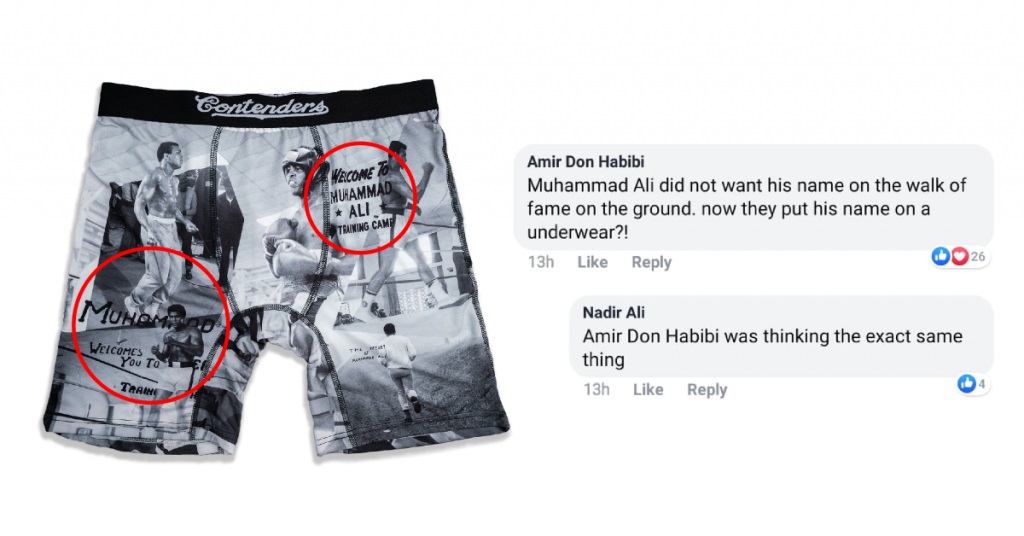 Some people’s reaction to the announcement was even angrier.

“Disgusting to disrespect the great man’s memory! Shame on all involved with this,” Geoff Hart wrote.

A Legend to Remember

Muhammad Ali, being a legend and a universal figure loved by everyone, is still being showered with honors three years after his death

Named Cassius Marcellus Clay Jr after his father, the sporting champion, who died aged 74, reverted to Islam in 1964 and changed his name to Mohammad Ali, dubbing his former alias, Cassius Clay, “my slave name”.

Ali was a legend as a boxer, philanthropist and social activist.

He became an icon for not only his achievements in the ring but his political beliefs, particularly his stand against fighting for the United States in the Vietnam war.

The decision cost him his boxing license for almost four years, but seal his legacy as a man of the people, with the musical set to spread his story yet further.