NEW YORK – In the US, Black Muslims and their fellow Black citizens have mourned the death of an African-American Muslim convert gunned down by police violence.

Stephon Clark, 22 and unarmed, was shot 8 times in the back, neck, arm, shoulder, and armpit, which many consider a contradiction of police account that he was posing a threat at the time of the shooting.

Clark’s death is one in a line of police violence that disproportionately affects African Americans and Blacks, who are three times more likely to be killed by law enforcement.

“Far too many Black communities, including Black Muslim communities, have been painfully aware of the ways that law enforcement officers can abuse their power and engage in discriminatory and unjust conduct,” explained Jonathan Smith, legal advocate for Muslim Advocates.

“The tragic death of Stephon Clark is sadly only the latest example of what has sadly become an all-too-frequent trend.”

Black Muslims in the US have consistently been on the ground combatting police violence, joined by a comparatively small number of non-Black Muslims.

When the reports of Clark’s death spread, it garnered attention from the typically small number of Muslims active in speaking out against police brutality.

“When word first got out about Stephon, the presence of his story on my social media was quite a gradual,” activist Paige Ingram told AboutIslam.

“I saw a lot of the same folks that I always see engaging in uplifting the narrative around police brutality of Black folks were the ones who were amplifying and reflecting on it.”

However, when information that Clark was a Muslim convert emerged, attention about his death expanded.

“I remember a distinct moment quite late at night when I suddenly saw on Twitter distinctly Islamic messaging about Stephon Clark and it was confusing and perplexing to me,” said Ingram.

“That morning, some few hours later, was when I realized that essentially word had gotten out that he was, in fact, Muslim and that uptick— that surge—was particularly from non-Black Muslim people.”

Many Black Muslims expressed concern that raised interest about Clark due to his religious identity demonstrates a disturbing ambivalence about a significant social issue that jeopardizes the lives of Black Americans of all faiths and backgrounds.

One of Our Own

Black Muslim activists across the nation noticed the increased attention about Clark once he was identified as a Muslim.

“Once some non-Black American Muslims realized he was Muslim, then they felt concerned,” said activist, Rasheed Shabazz.

“That’s unfortunate that another human did not matter until they learned they apparently shared the same faith.”

Clark’s Muslim identity seemingly received more attention from the American Muslim leadership in a way that may not have been afforded someone of another faith.

“What I came to realize was that it wasn’t solely Stephon’s Muslim identity that pushed the broader Muslim community to speak out about, pray for, or advocate for him,” said Ingram, “it was the outcry from celebrity imams that really got the broader Muslim Community talking about Stephon Clark.”

Activists cite racial and ethnic distinctions and other factors that affect ways news about injustice disseminates in US Muslim communities.

“I would be remiss if I did not speak frankly on the fact that, yes, there were apparent distinctions along racial and ethnic lines regarding Stephon’s story in the Muslim community,” said Ingram.

“In many Muslim communities, social networks are primarily nationalistic or ethnic, so the story about his life and death may not spread as quickly or widely,” Shabazz told AboutIslam.

He also mentioned Black Muslim Americans murdered by police in the past ten years whose stories attained little attention from non-Black Muslims, including, “Imam Luqman in Detroit, Mansour Ball-Bey in Missouri, and Usaamah Rahim in Boston.”

Shabazz noted, “In the case of both Imam Luqman and Usaamah Rahim, the tag of “terrorism” discouraged people from expressing concern about their deaths. Since many non-Black Muslims seek to assimilate, they don’t wish to be associated with alleged terrorism.”

“They want a perfect victim whose politics are on point,” explained Margari Aziza.

She further expounded that in addition to Black lives, a lack of concern may generate along ethnic lines. Aziza mentioned the death of 25-year-old Iranian American Bijan Ghaisar by police in November 2017. Despite attempts to raise awareness about his demise, it remained limited nationally.

Regarding Clark, Aziz mentioned other factors in addition to race.

“The ethnocentrism plays out in nuanced and complicated ways. For example, some may have related more strongly if the victim was Somali instead of a Black person who didn’t have an Arabic name or Muslim family,” Aziz said.

“The less you are from that ideal Muslim, the further they may distance themselves. It shouldn’t matter. People, regardless of faith, race or any other social identity, don’t deserve to be gunned down, which is why we are working to affect change.”

Being Black and Muslim

African American and Black Muslims in the US must navigate along social intersections of race and faith, subjecting them to overlapping instances of racism and Islamophobia.

“Black people have been experiencing police terrorism for generations. Blackamerican Muslims have not been immune to this, we can go back to Ronald X Stokes of the Nation of Islam in Los Angeles in the 1960s.

The same types of profiling, stereotyping, and repression many Muslims experience was [done to] African people since we were forcibly stolen, kidnapped and brought to these shores.”

“There are several ties between state-sanctioned violence against Black people and Islamophobia,” asserts Ingram.

“The problem is in-part that having those conversations means that we have to address the fact that discussions about Islamophobia largely leaves out Black people, and Blackamericans especially, due to anti-Blackness.” 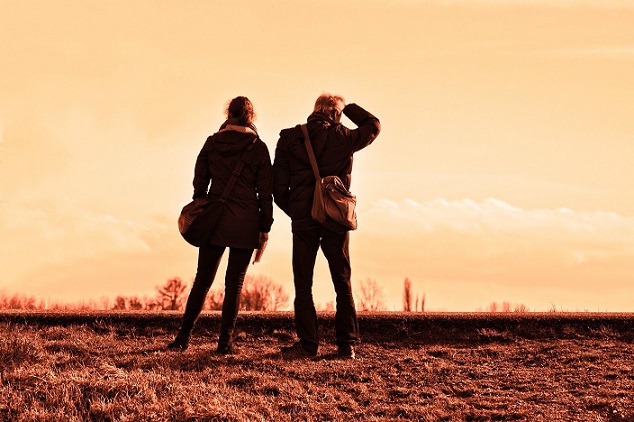 Activists were hopeful that the interest in Stephon Clark’s story across US Muslim communities will pique interest in addressing police violence, and they offered some advice for anyone interested in standing for justice.

Reframing what violence is means recognizing that violence is not only physical harm to a person but is much more than that. When we start to broaden our understanding based on these terms, we can start really having the kind of conversations that we need to have.”

“Be consistent,” advised Aziza. “Now that we know it’s an issue, be consistent. Allah says to stand firm against injustice.

Be more vigilant about what’s happening in your local police forces and policies. Make sure there is better accountability.

You can also do something to support people whose lives have been ostracized because they were pulled into the criminal justice system.

There is a whole range of things that are tied to police brutality beyond killings on video.

“More imams can be vocal about police terrorism against Black people, and include responses based on Quran,” said Shabazz.

Also, Muslims attending protests collectively can be a form of dawah.”

“This is a national tragedy and all levels of government should be deeply concerned about these incidents and the troubling frequency with which they occur,” said Smith.

All people in this country should be outraged by what is occurring and hold their government officials accountable for their actions, or lack thereof, in response to this situation.”