TORONTO – Canada witnessed an alarming increase in the volume of hate crimes being reported to police in 2017, with hates crimes targeting Muslims increasing by 151%.

According to Statistics Canada, 2017 was the most recent year of reporting hate crimes after 2016 which saw a massive increase of 47%. This caused an increase in hate-related property crimes, such as graffiti and vandalism.

Higher numbers were seen across most types of hate crime, with incidents targeting the Muslim, Jewish, and Black populations accounting for most of the national increase. These increases were largely in the provinces of Ontario and Quebec.

“The data, while very unsettling for our communities, unfortunately, does not surprise us. 2017 was an immensely difficult year for the Canadian Muslim community, beginning on January 29th with the single largest Islamophobic attack in Canada’s history in which six men were brutally murdered and many others injured while worshiping in their Quebec City mosque,” said the National Council of Canadian Muslims (NCCM) Executive Director Ihsaan Gardee.

“This new data reveals Islamophobic hate crimes peaked in February 2017, signaling that the shooting very much set the tone for the increase in hate crimes against Muslims for the remainder of the year,” he added.

Among the provinces, the greatest increase in the overall number of police-reported hate crimes was observed in Ontario, Canada’s most populous province, where incidents rose from 612 in 2016 to 1,023 in 2017 (+67%). 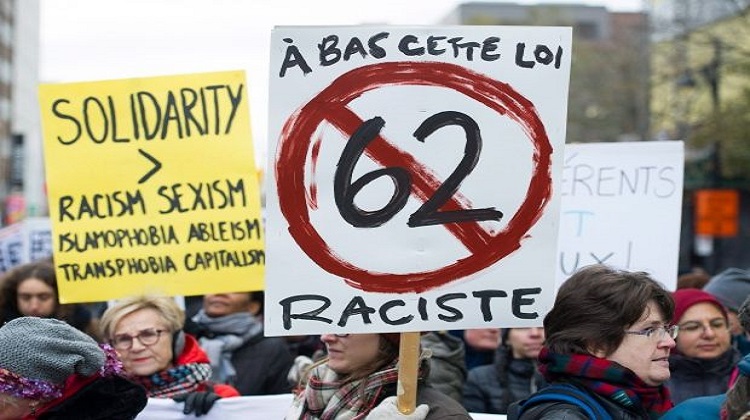 Reports of hate crimes against Muslims peaked in February, the month following the mass shooting at the Islamic Cultural Centre of Québec, and accounted for 26% of Quebec’s annual reported incidents targeting Muslims.

“This tells us that Islamophobia in Canada is getting more intense and more pervasive. And these numbers are just the tip of the iceberg – approximately two-thirds of hate crimes are never even reported to police for a variety of reasons including fear of retaliation, shame, and fear of not being believed by police,” added Gardee.

Increases in hate crimes were also reported in Alberta and British Columbia.

Hate crimes against religion accounted for 41% of all hate crime in Canada in 2017 and the number of such hate crimes was up significantly from 2016. There were 842 hate crimes targeting religious groups in 2017, up 83% from the previous year.

Hate crimes against the Jewish population increased for the second consecutive year, rising from 221 in 2016 to 360 in 2017.

Hate crimes targeting the Jewish population accounted for 18% of all hate crimes in Canada.

Police data on hate-motivated crimes include only those incidents that come to the attention of police services and also depend on police services’ level of expertise in identifying crimes motivated by hate.

“When analyzing this data, it’s equally important to consider what the data does not show. The numbers don’t tell the story of victims who are targeted because of multiple aspects of their identity,” said NCCM Communications Coordinator Leila Nasr.

“For instance, hate crimes committed against an Arab Muslim woman or a Black Jewish man are not fully captured by the data. Additionally, the data does not speak to the issue of perception of identity.

“In some cases, Arabs, Sikhs, and others are targeted because they are perceived to be Muslim but the data isn’t able to account for this nuance. Therefore, there is an ongoing need for improvement to the data collection process on hate crimes in Canada,” she added.