ONTARIO – A Canadian Muslim woman from Ontario said she was deeply touched by an anonymous gift of 25 hijabi dolls, thanking the mystery donor for the kindhearted note.

“Some gestures touch you deep into your soul,” Sheza Hasan wrote on Facebook, BBC reported on Thursday, September 28.

Hasan was returning home when she discovered a box, with a note, by her doorstep.

Inside the “super sweet package” she discovered the dolls, all wearing headscarves.

Deeply moved by the heartfelt note, she posted a picture of the surprise gift on Facebook, where it has been shared widely and attracted the attention of the world’s media. 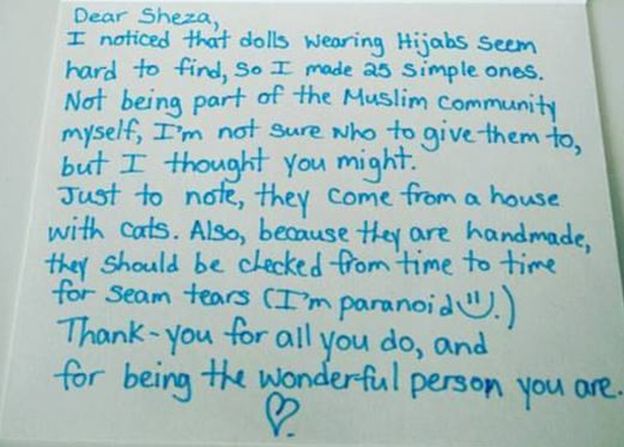 “A wonderful soul anonymously dropped off this super sweet package on my porch.

“On the package was a sweet little note to tell me that she noticed that there aren’t too many hijabi dolls out there so she made 25 of them for us,” Hasan said.

“This warmed my heart and reminded me that there are always more good people out there than the other kind,” she continued.

“When being ourselves – a seemingly simple idea – seems like the toughest thing to accomplish, gestures like this reach out to us and provide the strength we need to carry on.” 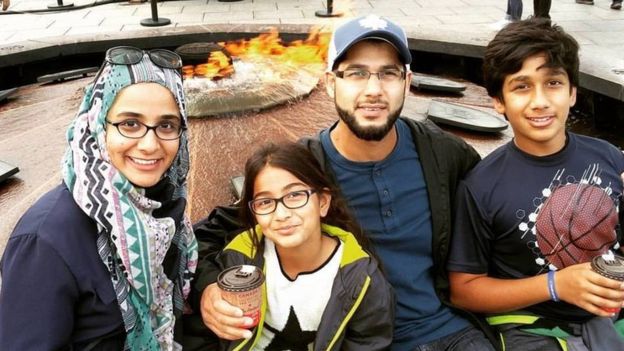 Hasan’s story has been shared thousands of times on social media and covered by CBC in Canada.

“The response has been beyond what I could have ever imagined,” she said in a follow-up post.

“Sitting in front of the camera or being in the spotlight is really difficult for me.”

“It is my sincere hope that seeing a Muslim woman speak for herself on TV softens people’s hearts and changes their perception of who we are.”