This dinner reflected the different cultures represented in MSA
aaa

OHIO — “Islam in the Age of Liberalism” was the theme for the Muslim Students Association (MSA) of Bowling Green State University (BGSU) in Ohio, during an annual dinner and convention held on October 18, Sentinel-Tribune reported.

“As you can see, Muslims are from all nations … and our events are open to all,” said Abdoulie Jaiteh, MSA president.

“The event aims to highlight the organization’s goal in building a community of people with common awareness and understanding about each other and to promote a sense of belonging. MSA through social engagement, both on and off-campus, promotes shared values and unity through these forums,” he further expressed. 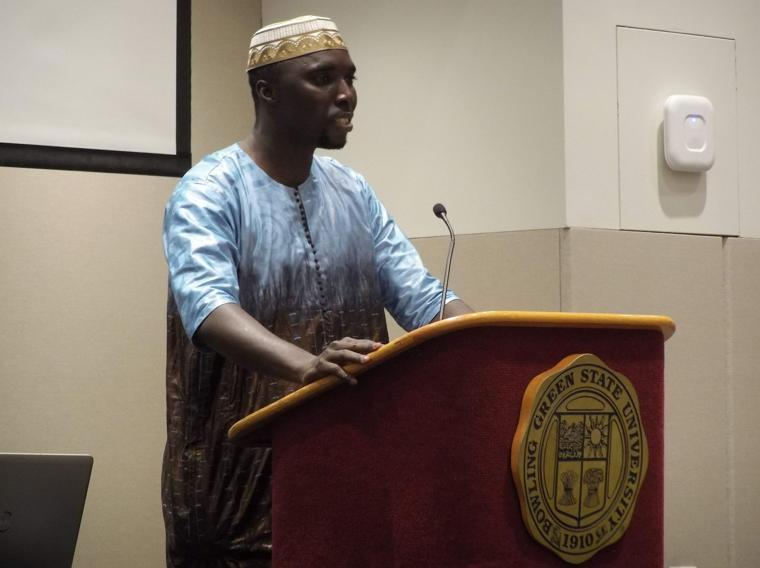 Several tables were arranged around the room to exhibit different aspects of Islamic life in those national and ethnic cultures.

Aside from the Muslim students at the university, the annual convention brought together speakers and guests from different faculties and communities regardless of faith. 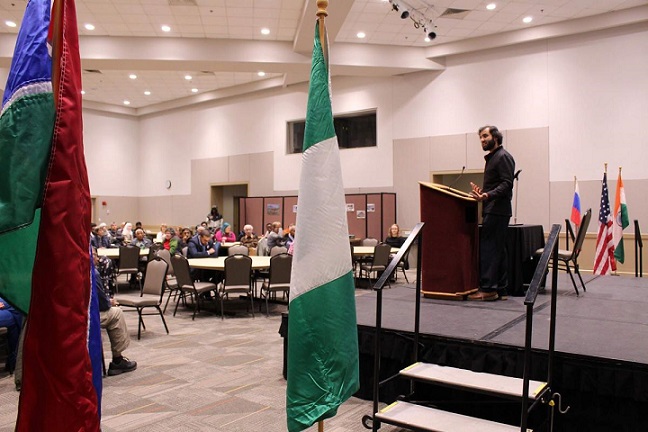 The stage was the focal point of the convention during two speeches, a stand-up comedy routine, a trivia game, poetry readings and songs

One of the key guests was Dr. Ovamir Anjum, Imam Khattab Chair of Islamic Studies in the Department of Philosophy and Religious Studies at the University of Toledo.

He presented the dinner’s theme as “two parallel but connected theories: human liberty and the freedom of man, and the Islamic ideals that run alongside it.”

He addressed the broad range of Islamic cultures and the impact of liberalism, capitalism, and democracy on the many faces of Islam around the world, as well as the importance of embracing a freedom of religion, even as some conservative beliefs conflict with the concept. 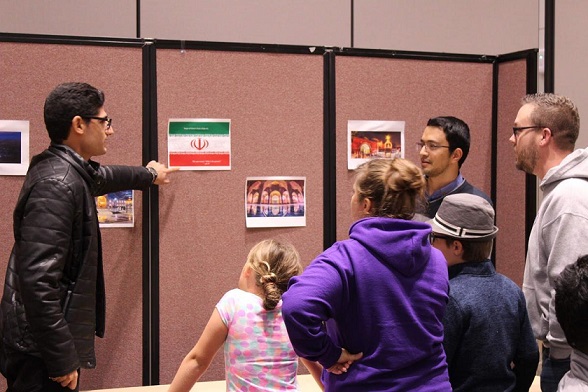 MSA member Mahdi Tahamtan explains the symbolism of the Iranian flag to a Bowling Green family attending the MSA Annual Convention and Dinner.

Another speaker was Beatriz Maya, executive director of La Conexion, a Latino community organization, who said: “What it brings me is a friendship that I have with the Muslims to the association. I also came last year to one of their activities and I think they appreciate the support of the community.”

On his behalf, Dr. Baniame Sarder, MSA adviser, was pleased with the event saying: “When you mix with Muslims, in real life, it will stop some confusion.”

“We’re all human interacting with each other,” he said. “When we come to the USA, we see many different cultures practicing the same religion. We are practicing as ambassadors.”

According to a 2008 Pew Forum poll, only 1% of Ohio’s ten million population was Muslim.