For many kids, back-to-school time can be a mixed bag of emotions. There’s the anticipation of new classes, the hopefulness of new friendships, but also the anxiety of the unknown and fear of what the new school year will bring.

These emotions can be particularly acute if you’re starting a new school. Sarah Ait Ali, a sixth-grader from Houston, Texas, would know. Having spent her elementary years in the public school system, this fall not only meant a jump to middle school but to private Islamic school, as well.

Before starting, Sarah, 11, wasn’t sure what to expect.

“I was nervous, but I was also happy because I knew I would be getting to make new Muslim friends and trying new things,” she told AboutIslam.net. 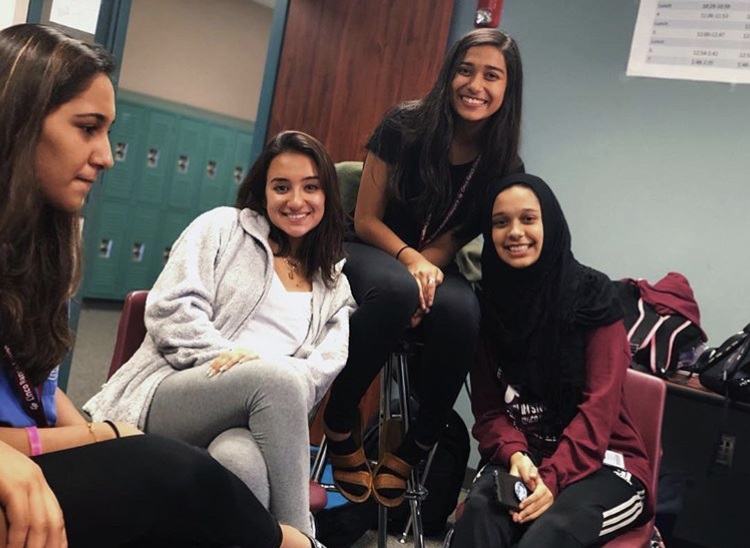 Sarah said, now that she’s been at her new school for a few weeks, she’s begun to settle into a routine. “I think I’m doing well. I’m learning Arabic words and how to spell them, plus I like private school because I get more attention from the teachers.”

She said she feels she can relate better to her Muslim school chums than some of her other friends.

“I love how at my new school there are other Muslims kids around,” she said. “I feel more comfortable around them.” 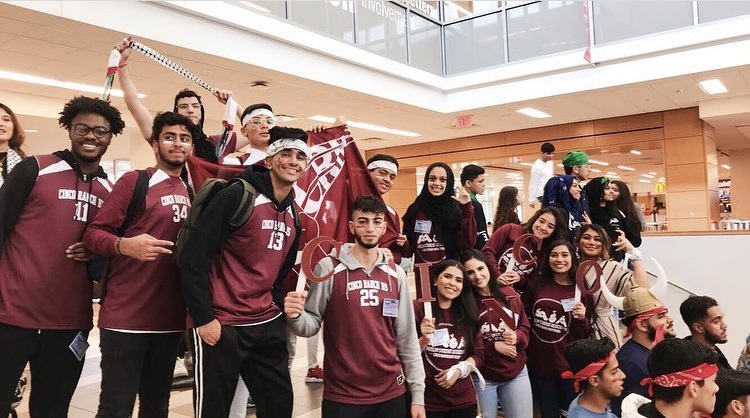 Being able to relate to your peers, Muslim or not is an important part of any kid’s school experience. For Muslim children in America, this may be a bit more challenging. However, two Houston high schoolers are not only overcoming that challenge but carving out leadership roles for themselves on campus.

Raameen Waseem and Hamza Raza are both seniors in high school and they both serve as president of their campus’ Muslim Student Association (MSA). Both have worked to carve out their identity.

“I have to be a Muslim first, then a student and an American second,” said Hamza, 17. “As president of the MSA, I also have to be a leader and a role model to show my fellow students that’s it’s OK to be themselves, to be Muslim.”

This can take on many forms, from talking about how to properly engage with members of the opposite sex, dating and whether or not to attend school dances.

“High school is a time of learning about ourselves, growing and learning about our morals,” Hamza said. “To do that, we have to address day-to-day challenges. The MSA gives us an organization to stand behind, to understand our limits as Muslims.” 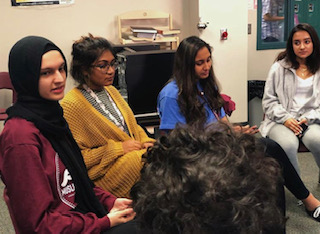 For Raameen, her hijab leaves no doubt as to her religious affiliation. She said she prefers it this way. “Being a hijabi, many people ask me a lot of questions, and that’s fine. I even wear my hijab to promote questions.”

Raameen said allowing people to approach her about Islam is an exercise in dawah which can also make her own experience as a Muslim kid in America a bit better.

“Being Muslim here or being anyone who isn’t American or a white American, you’re going to face some difficulties,” said Raameen, who hails from England. “There can be huge cultural differences, so talking about them helps.”

But as a campus leader, she said she hasn’t let those challenges stop her. She covers her legs under her school soccer uniform and she became the first female president of her campus MSA.

“I really wanted to pursue that role,” she said. “I want to be a role model and I want to keep bettering myself, to keep reminding myself to do better and better.” 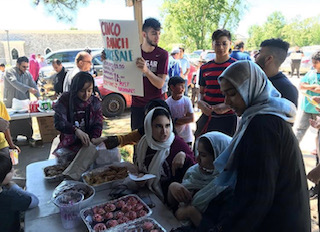 Hamza, like Raameen, takes his job as MSA president seriously. He sees himself as a guide and example for the younger members who may be struggling with how their religion ties into who they are in school.

Both students participate in daily prayers with other Muslims during lunch as well as Friday jummah prayers, firmly establishing the club’s presence on campus and the members’ right to practice their faith during school hours.

But beyond their Muslim peers and fellow club member, Raameen and Hamza understand they have an obligation to their non-Muslim classmates, too.

Hamza said he actively engages in dawah, particularly with younger students. “I tell the freshmen that we’re not terrorists because I don’t want our (MSA freshmen) to have to clarify later that we aren’t terrorists.” 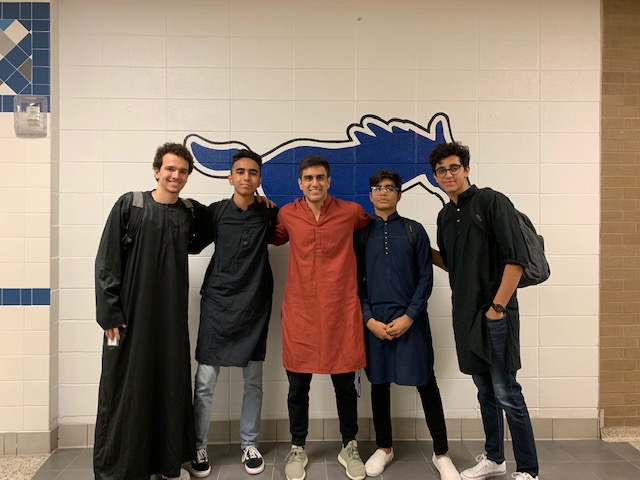 He said he’s succeeded in opening people’s eyes. “So many (non-Muslims) will tell me they’re surprised when they talk to me because they thought Muslims were so strict and that they couldn’t talk to us about anything, but that’s just because they didn’t have any Muslims to talk to.”

Raameen said many non-Muslims students at her school don’t want to be ignorant about Islam.

“We’ve had non-Muslims come to our club meetings. They come to learn and, being their age, we can help them to understand,” she said.

Both seniors said they are hopeful as their club membership continues to grow. Hamza’s group boasts about 50 students; Raameen’s group is at 30 and counting.

“Muslims at our school are becoming more known,” she said. “Four years ago no one knew about MSA, but we’re raising awareness.”