NEW YORK – It’s holiday season again. Every year, American Muslim children find themselves bombarded with festivities for a religion that is not theirs but one in which many of their non-Muslim friends, family and instructors encourage them to participate.

“Anything that is related to holidays, they don’t even ask to participate,” Niyla Abdur-Rasheed, whose children do not participate in any Christmas or holiday-related activities this time of year, told AboutIslam.net.

“They know we don’t celebrate that stuff. We only celebrate `Eids.”

When asked about her family’s reaction to the absence of her and her family during celebrations, Abdur-Rasheed told AboutIslam, “My family is pretty much laid back and accepting.”

However, the mission is not that easy for many Muslim families.

The season is full of delicious food, lights and decorations. Additionally, there are traditional characters such as Santa Claus to capture their attention.

Challenges increase in the case of Muslim reverts, whose family celebrate the annual holiday season with special family gatherings, events and traditions.

In his article, The View on Christmas From A Convert to Islam, Rasheed Reno explained why his family does not celebrate Christmas in their home.

“In Islamic teaching, Christmas is not recognized as a holiday for several reasons.  First, the celebration of birthdays is not a religiously sanctioned event, so if Christmas is the birth of Christ, it really is no big deal. That said and secondly, it is highly unlikely that December 25th was actually the birth date of Jesus.

“And last but not least, while Islam recognizes Jesus as a pure and righteous Messenger of God, we do not believe him to be a divine being whose birth celebration would take precedence over any of the other thousands of Messengers that God has sent. In fact, as Muslims we revere Prophet Muhammad as God’s greatest Prophet and his birthday was never celebrated in his own life or by his companions afterwards.

“As a result, the Christmas holiday is not celebrated in my home.  We do not have a Christmas tree or any decorations, and we do not buy gifts for our children for that day.”

However, Reno and his family do join their non-Muslim relatives outside of their home in their Christmas and holiday festivities.

“There is an expectation of extended family that we join them on their holiday. And this is where the balancing act comes in to play.” 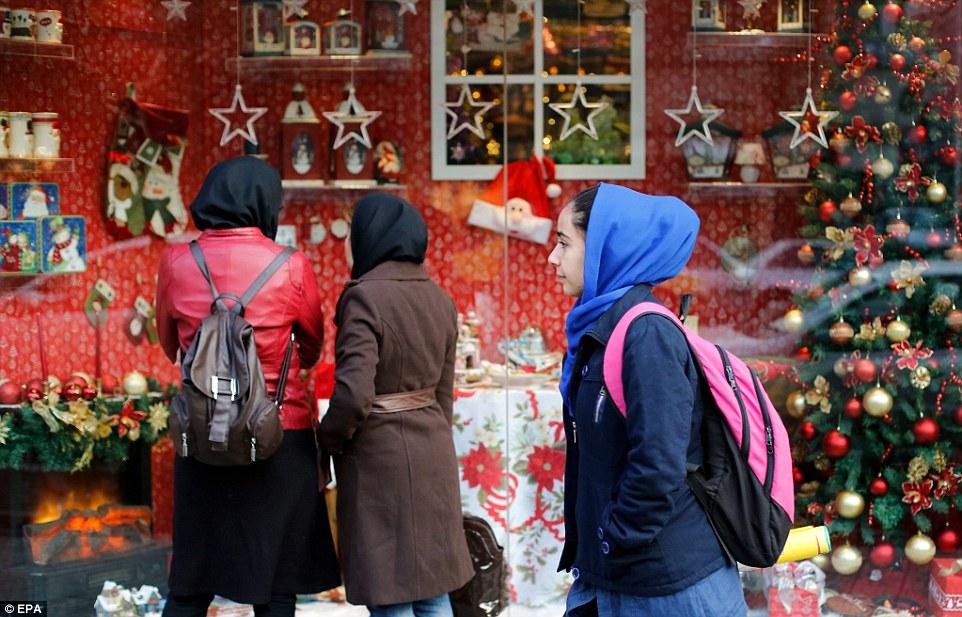 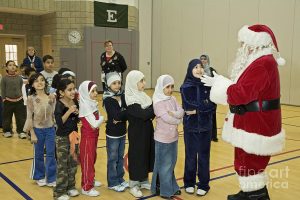 Unlike Abdur-Rasheed, some American Muslim parents decide to allow their children to participate in certain activities during the country’s holiday season.

Sarah Eltabib explained why she and her daughter participate in some holiday activities.

“It is what it is. This is part of the American civic religion,” Eltabib explained to AboutIslam.

“It is what has been in America since America became America. As new cultures begin to have more influence, this too will change as other things have.”

Eltabib noted that she enjoy the holiday season special lights, Christmas tree, without finding herself obliged to visit a church.

“The fact of the matter is the lights are beautiful, the tree is heartwarming, the songs are cheerful, and the gifts are generous. I do not see anything that I would not want to be a part of. No one makes me go to church, etc. No one tells me to put a nativity scene on my front lawn. I think that’s the core issue.”

Kristina ElSayed, a non-Muslim parent of Muslim children, told AboutIslam how and why her family celebrates Christmas.

“We celebrate Christmas to acknowledge my children’s cultural Christian heritage as well as my religious beliefs.  In designing our Christmas celebration, we aim to focus on spending time with family and friends, rather than the religious significance of the holiday.

“They understand and respect that Christians believe that the Prophet Jesus was born on that day and that is why it is being celebrated.

“Things that I find particularly difficult are prevailing assumptions that everyone in the country is Christian, an observant Christian and that the United States is a Christian nation.”