“Art is the international language used by all peoples, cultures, and religions to share with the world who they are, what they believe and inspire beauty,” Faizan Syed executive director of American-Islam Relations-Missouri (CAIR-MO), told The University News on Wednesday.

The second annual ‘Creativity and Identity: An American-Muslim Art Exhibition at the Contemporary Art Museum’ was held last March 31 in St. Louis, Missouri, and displayed contemporary Muslim art in a variety of mediums.

Organized by Syed and Pakistani-American sisters, Sadia and Yusra Ali, the exhibit was created to increase representation for Muslims in the art world.

Ali studies Islamic sciences at the Al Salam Institute and Cambridge Islamic College in the United Kingdom, interns at CAIR-MO and aspires to be an art therapist and an author.

“We had several live performers as well during the exhibition, and don’t get me started on the food. We’re Muslims after all and we can’t have guests come into space without feeding them.” 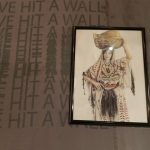 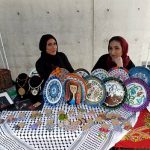 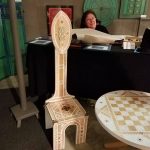 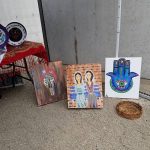 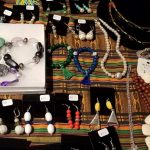 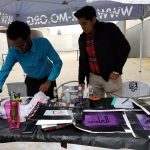 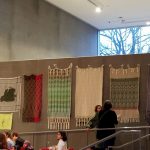 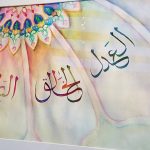 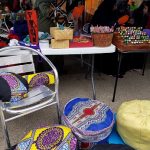 The event showcased not only art, but also the personal stories and struggles which led the artists to create, giving a platform for people to express themselves.

“The Muslim community is just as artistic as any other community, if not more so because of our rich and diverse history,” Ameer Khan, a student of bioelectrical engineering at St. Louis University, said.

“You can easily think of the architecture of the Ottomans in Spain and Turkey, but the extent of Muslim art is so much more than that — you have Iranian art and mosques, African-Muslim art, Chinese Muslims practicing woodwork, and of course, here we have a distinct flavor of American- Muslim artwork that has value and insight into the Muslim-American experience.

“Microaggressions, social justice and God all blend into one cohesive narrative that the rest of America can really take a few lessons from,” Khan added.

“When you see someone’s art, it’s not as easy to be afraid of them. You can see something of them in their art, and you can see a little bit of your own reflection in it, because you’re American, and the art is American,” Yusra Ali said to the Riverfront Times.