DALLAS, Texas – A group of leading American Muslim groups distributed hot pizzas and food boxes to employees at DFW (Dallas/Fort Worth International Airport), two years after the first travel ban was imposed shattering the lives of many Muslims and their families.

“The irony is that two years ago exactly, we were in this airport protesting the Muslim Ban,” Imam Omar Suleiman said, WFAA reported.

In January 2017, thousands of Muslims stood in Terminal D to free detainees. Suleiman said over three days of protesting, they made friendships with TSA employees who took care of them.

In 2019, Muslims returned the favor, making sure to help employees affected by government shutdown since late December.

“It’s sad that they have to choose between food for groceries and their medication at this point,” Saadia Ahmed, who was also delivering gifts on Friday, said.

She said almost everyone knows someone impacted by the shutdown. 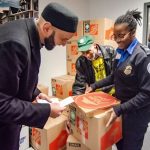 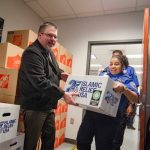 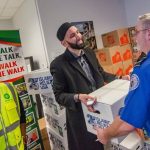 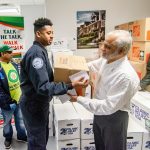 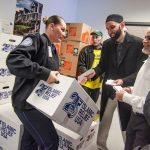 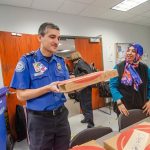 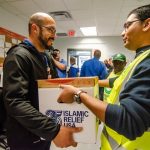 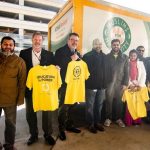 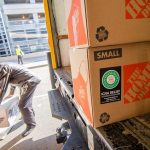 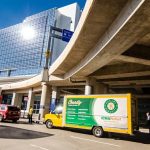 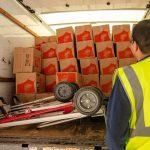 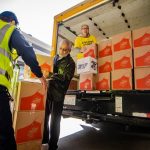 The shutdown came to an end on Friday following Trump’s announcement to lift it temporarily, meaning the government will be open for at least three weeks as politicians sort out a deal.

Over the past week, Muslims worked hard to help those affected by the shutdown.

In Wisconsin, a local Muslim community has raised $50,000 in loans to affected federal workers.

During the weekend, Muslims in Kentucky and South Carolina provided free meals to airport employees who have been going without payment since a month ago.

In Tennessee, a falafel Syrian restaurant in Tennessee, which was dubbed Nicest Place in America, has also been feeding government workers affected by the shutdown.