WASHINGTON, DC — A galaxy of more than 130 American Muslim leaders have signed an official statement to condemn the persecution of around three million Uyghur Muslims at the hands of Chinese authorities in Xinjiang Uyghur Autonomous Region, Muslim Matters reported.

The leaders called on the Chinese authorities to free Uyghurs and other Muslim minorities such as Kazakhs, Kyrgyz, and Uzbeks in East Turkestan.

“We ask the People’s Republic of China to free Uyghurs from its concentration camps, return children to their families, and restore their freedom of religion. We call upon our neighbors of other faiths to support this demand. We call upon fellow citizens to stop buying products produced through slave labor from these camps.”

The imams also thanked “the US government for raising the issue of human rights abuses and detainment in the concentration camps and ask the rest of the world to do the same.”

Not only that, but these imams, who include Dr. Yasir Qadhi of the Islamic Seminary of America, have also called upon all people to “stand in solidarity with the Uyghur people on April 6, 2019, in Washington DC, USA.” 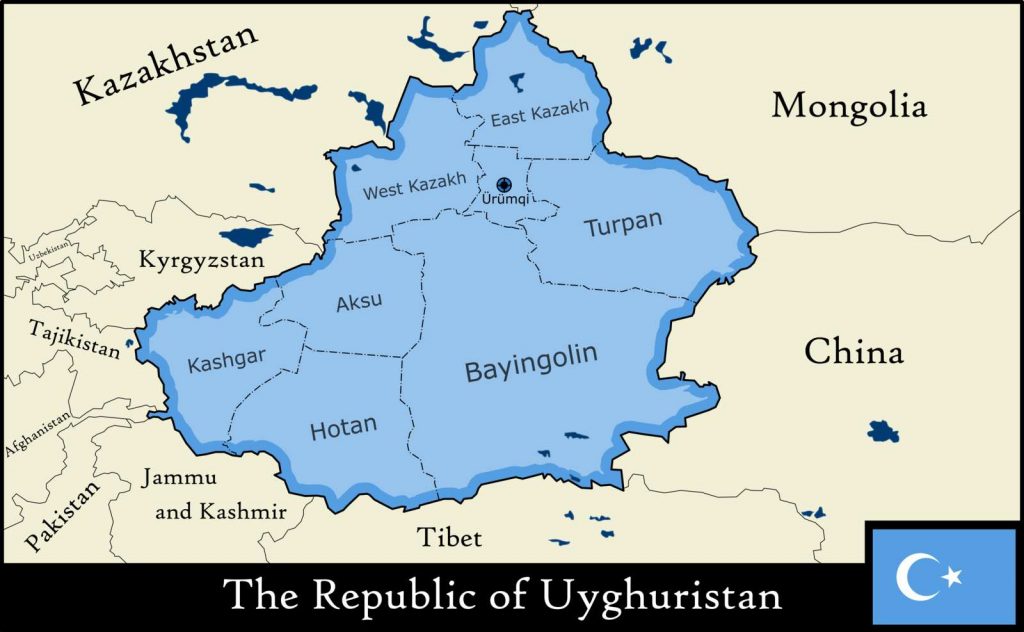 The Uyghurs are a Turkic Central Asian ethnicity who are native to the Muslim country of Uyghurstan. They primarily practice Islam and the largest majority of them are Sunni Muslims since the 9th century.

Uyghurstan aka East Turkestan is a Central Asian Muslim republic with a total area of 1.665 million km². According to 2010 estimates, about 21.8 million people, mostly Uyghurs, live in this Muslim country which is occupied by China since 1949.