CAIRO – The Brazil 2014 World Cup kicked off earlier this week with an abundance of Muslim players dotting the football landscape. Being an integral part of football, Muslim players starring in their different teams from across the globe in the month-long tournament are expected to draw much attention of spectators with special performance.

Here are some of the names of Muslim stars participating in the international tournament. This is the third episode. For the first two episodes, please check: 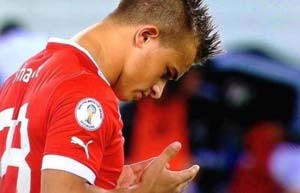 The 22-year-old Xherdan Shaqiri will represent the Swiss national team during Brazil 2014 World Cup. Born in Yugoslavia from Albanian origin, the Muslim footballer plays as a midfielder for Bayern Munich in the German Bundesliga.

Since his breakthrough into Basel’s first team, the left-footed midfielder has drawn widespread praise for his speed, both on and off the ball.

Shaqiri won the 2012–13 UEFA Champions League title with Bayern in late May, as well as the Bundesliga and the DFB Pokal title, making him one of the Bayern Munich players to have won the treble. 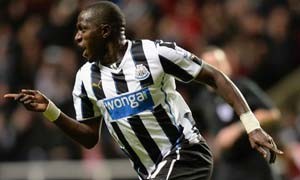 The 24-year-old Muslim footballer, who hails from a Malian family, will be playing for the French squad as a midfielder in World Cup 2014.

With 17 international caps, the own playing style French Muslim has started playing football at a very young age, joining Toulouse club’s first team at the age of 17.

In October 2009, Sissoko played his first international match between France and Faroe Islands. By 2013, the 188-cm Muslim midfielder has signed in for Newcastle. 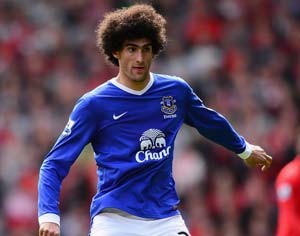 The Belgian midfielder was born in November 1987.

Fellaini, who hails from Moroccan family, has signed for Everton in 2008, moving to Manchester United in 2013 in a deal worth £27.5 million. 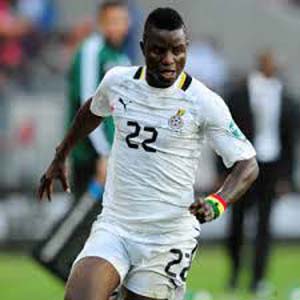 Widely known as Wakaso, the Ghanina professional footballer, who was born in July 1990, plays for the Russian FC Rubin Kazan and the Ghana national football team.

Between 2008-2011, the Ghanaian footballer has been playing for Spain’s Elche. After moving to Villarreal’s team in 2011, the youngster played a number of La Liga games for the club’s first team.

In 2013, Wakaso’s moving to the Russian club Rubin Kazan made him one of the Ghanaian squad’s key players who are listed for the World Cup 2014. 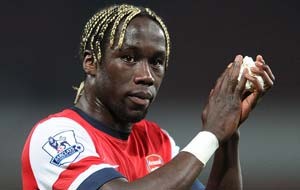 The Muslim Senegalese footballer, who was born in Sens in February 1983, played hi first international match in 2007 between Slovakia and France.

At the age of 14, the Muslim player joined Auxerre where he developed his skills as a forward. Meanwhile, he was moved to fill in at right-back, dubbed as the best right-back by his fellow players in 2006 and 2007.

The French Defender has joined Arsenal in 2007, signing a £7-million contract.

With 41 international caps, the 178-cm midfielder will play for the French squad in World Cup 2014. 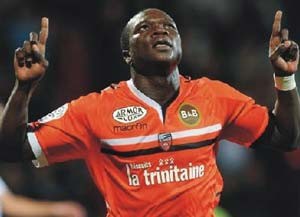 Young as he might be, 22-year-old Muslim footballer Vincent Aboubakar is expected to be one of the best Cameroonian players in history. The Cameroonian striker plays for French club Lorient in Ligue 1. He joined the national first team at the age of 18 when he was named to the Cameroon 23-man squad for the 2010 FIFA World Cup.