AMMAN, Jordan – Teenage Palestinian resistance icon, Ahed Tamimi, and Malaysia Prime Minister Mahathir Mohamed have been named the Muslim persons of the year in the 2019 edition of the Muslim 500, a list of world’s most influential Muslims, Anadolu Agency reported.

Tamimi, 17, was released in August after an eight-month stint in Israeli custody.

This years’ edition of The World’s 500 Most Influential Muslims pronounced Tamimi “a hero on the field”, praising her efforts in defending Palestinian cause.

This is the second time for the annual “The World’s 500 Most Influential Muslims” to honor the Muslim man/woman of the year.

For the man of the year, the publication named Malaysian Prime Minister Mahathir Mohamad, 93. 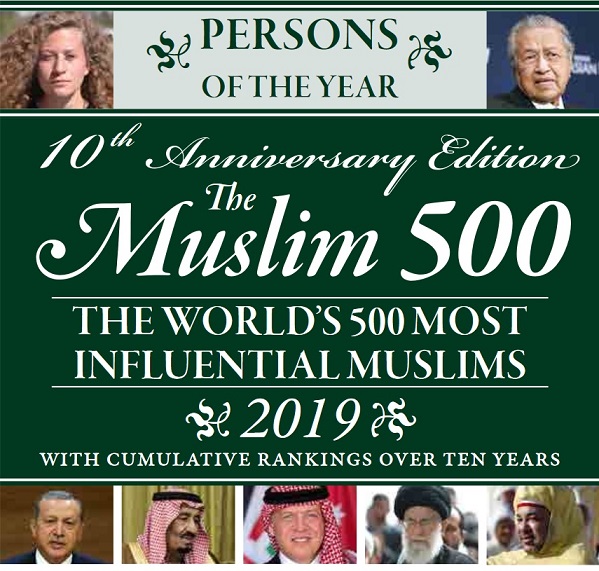 Mohamad is the world’s oldest sitting head of the government.

“This quite extraordinary man has had a dynamic political career spanning 70 years and yet at the same time been the author of 17 published books,” the report said.

Despite being named Muslim persons of the Year, Tamimi ranked 49, while Mohamad ranked 44 from among 500 Muslim influential persons around the globe, from activists to statesmen as well as Muslim scholars.

The book prepared annually by the Royal Islamic Strategic Studies Centre will celebrate its 10th anniversary in 2019.