TOKYO – The Arabic translation of Japanese manga comic books about a young child striving to fulfill his dream has become a rare solace for young Syrian refugees, giving them a chance to dream of a better future of their own.

“The situation in Syria is terrible – so terrible that I think it stops kids from dreaming. But it’s their dreams that one day will make Syria good again,” Obada Kassoumah, a Syrian student in Tokyo who translates the famous Captain Tsubasa comic books, told the BBC on Tuesday, May 9.

“I wish I could just give them a little bit of hope and make them believe that yes, they can have dreams.”

Escaping death in his home country in 2012, Kassoumah fled Syria to Japan where he was offered a scholarship. 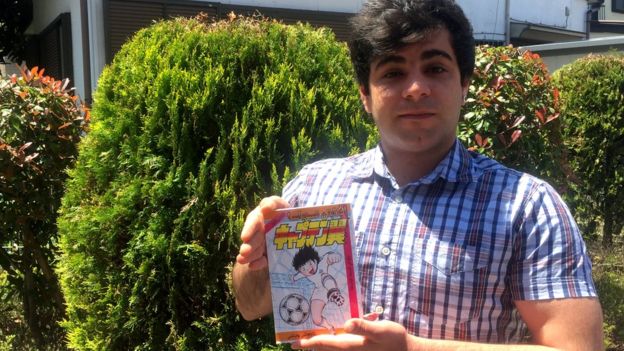 Obada says its his duty to help his country

Studying Japanese language in Syria, he succeeded in becoming the Arabic translator of the worldwide famous Japanese manga comics of the football saga Captain Tsubasa after his one-year scholarship ended.

Kassoumah’s editions were donated to aid agencies and are being handed out to Syrian refugee children across Europe and the Middle East.

“I myself watched Captain Tsubasa as a kid on TV and I loved it,” says the 26-year old man.

“It’s a story about a kid having a dream to become a professional football player and working hard to make that dream come true. And that’s something beautiful, that’s something you should make these kids see.” 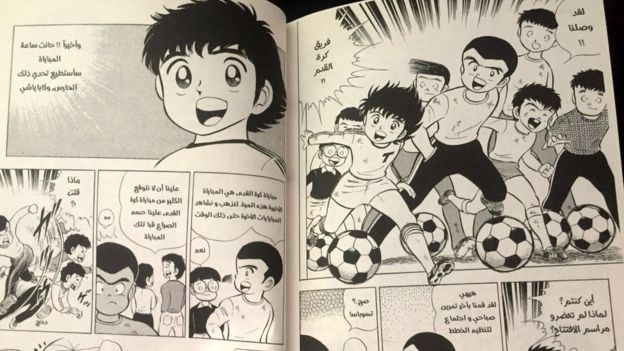 Adapting the manga books for the Arab market and donating some of them to refugee kids was a mere business decision took by the Japanese official publisher Shueisha after they were approached by Prof Masanori Naito, a Middle East specialist at Doshisha University in Kyoto and a 1980s-doctoral student in Damascus.

The donation is now being distributed at Syrian refugee camps across Europe and the Middle East through cooperation with a number of international NGOs and the UNICEF. 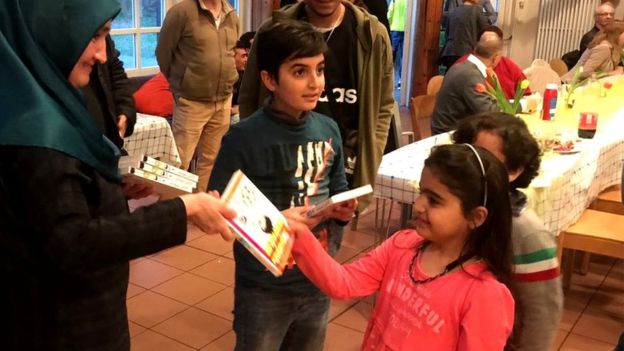 For these Syrian refugees in Berlin, the manga might provide a break from reality

“It was really something quite unique and we got a completely different reaction from normal,” Ismet Misirlioglu of the German-Turkish NGO Wefa told BBC about handing out copies to 60 refugee kids last week.

“What the children usually get are of course clothes and food and so they were really surprised when we suddenly had Japanese manga books – in their own language,” she added.

Kassoumah hopes his translations will put a smile on the face of a Syrian child somewhere, trying to forget the terror of the past.

“As a Syrian it’s like my duty to help – and through this thing I can help,” he said.

“This way the children can – at least for a bit – forget all the bad memories they have from the war.”