ABU DHABI – Visitors had a last chance on Monday, March 19, to take a look at the historic items of ‘The Hajj: Memories of a Journey’ Exhibition, held throughout six months at Sheikh Zayed Grand Mosque in Abu Dhabi to celebrate the legacy of the Muslims’ most profound spiritual journey.

“About 1,000 visitors viewed it daily,” an official from the Department of Culture and Tourism (DCT) of Abu Dhabi told media agencies, Khaleej Times reported.

The exhibition, organized in collaboration with the British Museum of London, displayed over 182 unique objects and artefacts on loan from the collections of Sheikh Zayed Grand Mosque, Zayed National Museum, and Sharjah Museum of Islamic Civilization.

The display was even reinforced with some private contributions like Farjam Collection and donations of personal Hajj memorabilia. 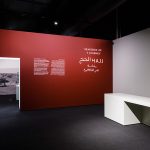 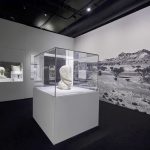 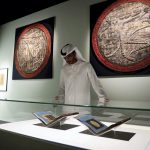 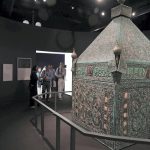 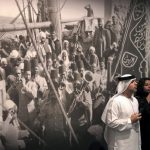 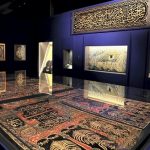 The interim event showcased the significant role that artists across the Islamic World have played, in using Arabic Calligraphy to transform the Arabic Script into unique pieces of art.

“Visiting this exhibition helped me learn so many things about the history of Haj and how people across the region endured long journeys and difficult conditions while on their way to Makkah for pilgrimage,” expressed Ukrainian tourist Ullian Joan.

Being in UAE, the exhibition has a special focus on the Emirati pilgrims with six sections featured oral histories, archival photographs, multimedia displays, rare transcripts, and commissioned contemporary installations that explore the Holy Qur’an.

It also housed documents and collections related to Makkah, keepsakes collected during personal Hajj journeys, and rich adornments – of textiles, certificates, mahmals (the sumptuous palanquins that began with Mamluk Egypt and which were the centrepiece of the worldwide famous Egyptian Hajj caravans), and souvenirs – associated with the blessed journey.

“I liked the beautiful display of various artefacts by several artists and the unique items that were used by Muslims in the journey many decades ago,” Alley Mellissa, a tourist from Germany, said.