A film that commemorates the ‘White Helmets’, a volunteer rescue group that operates in a rebel-held parts of Syria, has scooped yesterday an Oscar award for the best short documentary, AlJazeera reported on Monday February 27.

The 40-minute Netflix film sheds light on the lives of the group’s volunteers as they scramble to pull civilians from the rubble of buildings flattened in bombing raids.

Accepting the Academy Award, British director Orlando von Einsiedel received a standing ovation as he urged the audience to get out of their seats and call for an end to the six-year war in Syria, which has rendered thousands of people dead and millions injured.

Von Einsiedel read a statement from White Helmets founder Raed al-Saleh in which he thanked the academy and said the group had saved tens of thousands of lives since it was formed in 2014.

“We are so grateful that this film has highlighted our work to the world. Our organization is guided by a verse from the Qur’an: to save one life is to save all of humanity,” Saleh’s statement said. “We have saved more than 82,000 Syrian lives. I invite anyone here who hears me to work on the side of life to stop the bloodshed in Syria and around the world.” 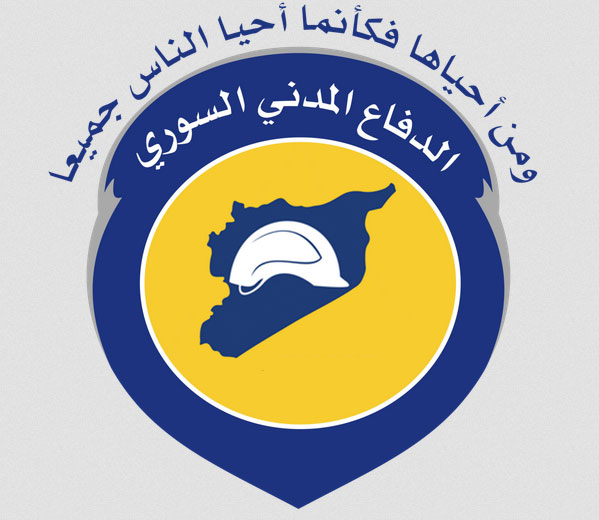 Rescue workers in Syria face deadly risks because of so-called “double tap” air raids which target civilians including them as they arrive at the scene of a strike. The group announced many of its volunteers have been killed.

Syrian cinematographer Khaled Khatib, who worked on the documentary, was unable to attend after being barred from entering the US despite being granted a visa.

US officials reportedly discovered “derogatory information” about him, according to a document seen by the Associated Press (AP) news agency. The film’s producer, Joanna Natasegara, told AP on Sunday that the decision was “sad and confusing”.

In a similar case, an Iranian film, The Salesman, won the best foreign language film award. However, its director, Asghar Farhadi, refused to attend the ceremony in protest against Trump’s immigration policies as Iran was also on the list of the seven countries. Even though, the famous female Iranian astronaut, Anousheh Ansari, accepted the award on his behalf, AlJazeera reported.

In a statement read by Ansari, Farhadi said: “I’m sorry I’m not with you tonight. My absence is out of respect for the people of my country and those of other six nations who have been disrespected by the inhumane law that bans entry of immigrants to the US. Dividing the world into the US and ‘our enemies’ categories creates fear – a deceitful justification for aggression and war”.

Interestingly, this is Farhadi’s second Oscar since he has previously won the same award for ‘A Separation’ film in 2012.

On Friday, the directors of all five Oscar-nominated foreign language films, including Farhadi, had condemned what they described as a climate of fanaticism in the US and elsewhere in a joint statement.

They said that, whoever won, the award would be dedicated to people working to foster “unity and understanding.”

Another Muslim, Mahershala Ali, won the best-supporting actor award for his role in ‘Moonlight’, which also won best picture. 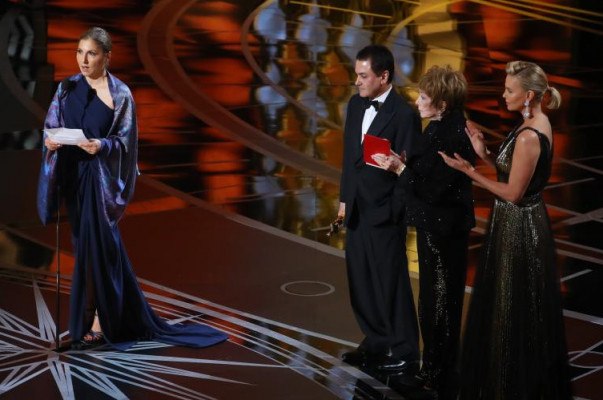 Reactions against Trump’s policies have run subtext throughout the ceremony when several actors and actresses wore blue ribbons in support of the American Civil Liberties Union, a high-profile civil rights group.

Celebrities had also used the spotlight at earlier award shows to denounce the Trump administration’s stance on immigration, transgender rights and the media.

Moreover, talk show host Jimmy Kimmel, MC for the evening, said as the ceremony opened, “I want to say thank you to President Trump. Remember last year when it seemed like the Oscars were racist?”

“Tonight is proof that art has no borders, no single language and doesn’t belong to a single faith,” academy president Cheryl Boone Isaacs, who has worked to diversify its membership, said.