MAKKAH – For months, dozens of Saudi craftsmen have been working hard in a factory in Makkah to prepare a special embroidered black and gold cloth to cover the Ka`bah, the holiest site in Islam.

“Thanks to God we are working to serve the holy Ka`bah. This is a great blessing,” Waleed al-Juhani, who has worked at the factory, which opened in 1977, for 17 years, told Reuters.

“When we succeed in our work, we are glad that Muslims will celebrate a new cover for the Kaaba. This is the best feeling,” he added while embroidering a Qur’anic verse that takes 60 days to complete.

Known as the Kiswa, the cloth is woven from silk and cotton and adorned with verses from the Qur’an.

The Kiswa was manufactured in Egypt until 1962. There have been red, green or white coverings in centuries past, but now it is always black with embroidered gold calligraphy.

Nearly 670 kg (1,477 pounds) of silk, enough to cover a structure estimated to measure about 50 feet (15 meters) high and 35 to 40 feet long, is imported from Italy. Silver and gold-plated thread come from Germany.

A new one is made each year to be placed on the Kaaba in Mecca’s Grand Mosque during the annual Muslim Hajj pilgrimage, which begins on Wednesday, said a Reuters report on Sunday.

Many of the craftsmen have worked in the factory in the Oum al-Jood district of Makkah all their lives, but they will retire soon. So, a new generation is being trained to carry on the trade. 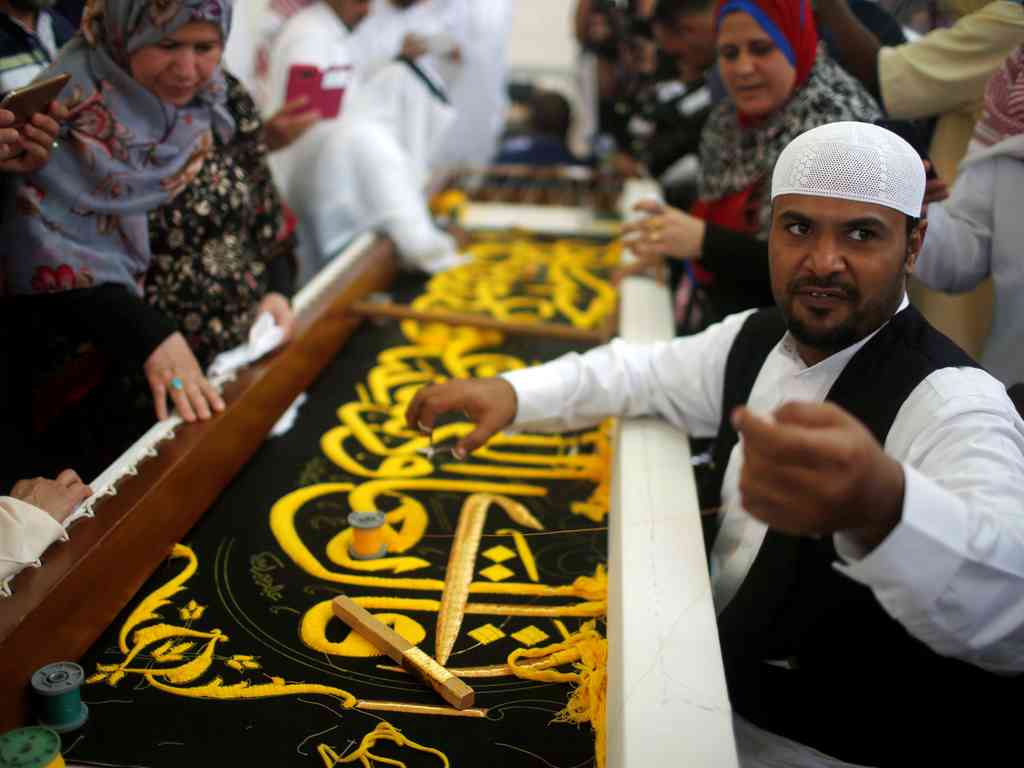 General manager Mohammed bin Abdullah Bajuda said Custodian of the Two Holy Mosques King Salman had ordered all the machines, which were introduced some 30 years ago to help automate the process, to be replaced with newer ones by next year.

“He also called for a new cadre of manufacturers to take the place of the current one,” Bajuda said during a visit to the factory on Saturday.

At the end of Hajj, the used cloth will be cut into pieces to be distributed to dignitaries and religious organizations.