MAKKAH – Indicating the start of this year hajj season, Saudi officials raised Ka`bah kiswa (specially decorated garment), on Saturday, July 29, as a precautionary measure to prevent people from damaging it during the pilgrimage season.

The kiswa, in the previous years, was normally raised on the first day of Dhul Hijjah as an announcement of the advent of the rite and an indication of the beginning of the holy days, Al-Arabiya reported.

The Kiswa was lifted three meters off the ground and replaced with a white cloth, only for the Hajj season, to prevent damage.

Ahmad bin Mohammed Al-Mansouri, the director general of the King Abdul Aziz Complex for the Kaaba, said that the general presidency has been following the plan for this year’s 2018 Hajj season and carried out the usual routine of changing the Kaaba’s Kiswa. 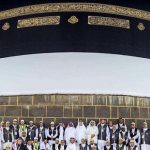 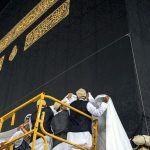 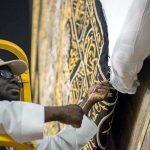 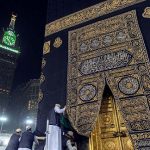 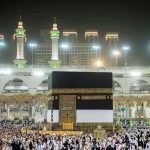 History Of The Kiswa