The project was designed according to the latest technology and engineering methods, according to the Director General of Roads in the Secretariat Eng. Zuhair bin Abdul Rahman, Al-Arabiya reported on Thursday.

The routes were created to offer comfortable and secure passage for pilgrims between hajj rituals.

Extended for more 25 km, making it one of the longest pedestrian roads in the world, the roadway was paved with 500,000 square meters of Interlock tiles with 1000 seats were installed on both sides also to provide the comfort of pilgrims.

Umbrellas were also installed as well as concrete barriers to prevent vehicle entry. High-tech LED columns have been used to light the road and were specified for their low emissions of greenhouse gases. 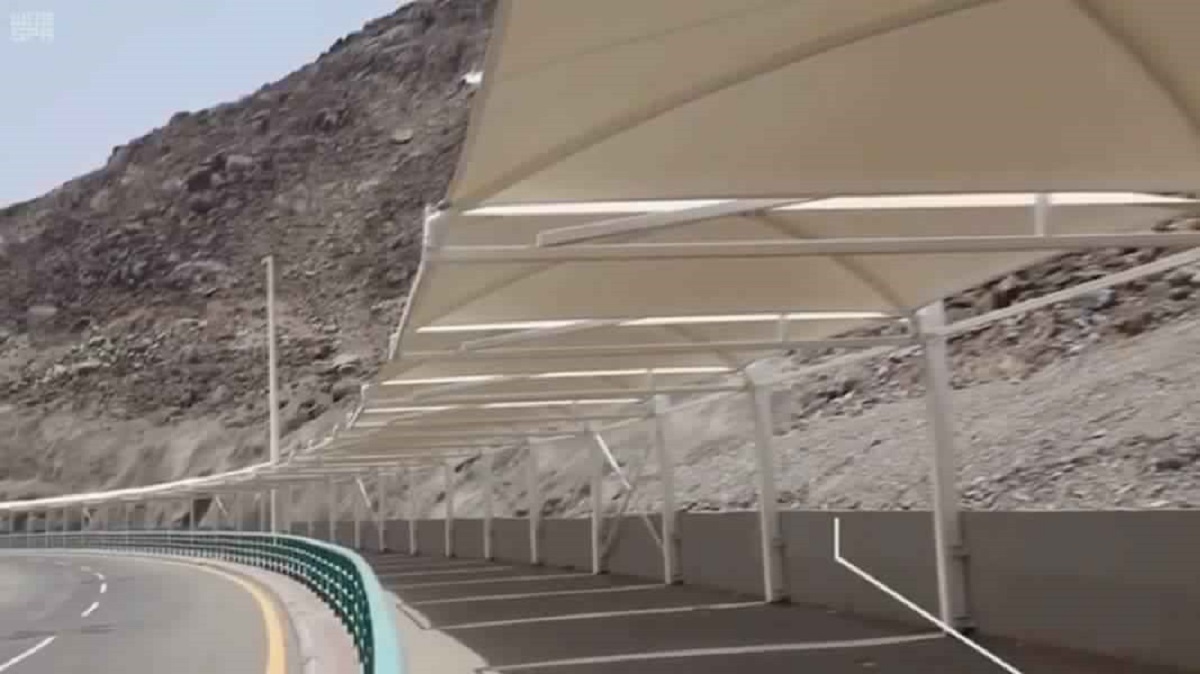 Pilgrims flocked to `Arafat, also known as “Mount of Mercy,” from early morning on Thursday, after spending a night of meditation and introspection in the tent city of Mina which marked the first leg of their five-day spiritual journey.

On Friday, all pilgrims head back to Mina, where they will sacrifice animals to mark the beginning of the four-day `Eid Al-Adha.