DUBAI – Giving Muslim athletes a late, but deserved, representation in global athletic sportswear, Nike announced it is launched the Nike Pro Hijab, which will be made available in Spring 2018.

“The Nike Pro Hijab may have been more than a year in the making, but its impetus can be traced much further back, to an ongoing cultural shift that has seen more women than ever embracing sport,” a statement from Nike read, Al Arabeya reported on Monday, March 6.

“This movement first permeated international consciousness in 2012, when a hijabi runner took the global stage in London,” the statement added.

The runner Nike refers to is Saudi Arabia’s Sarah Attar, who competed 800m heats at the London Olympics.

Before her, Bahraini sprinter Ruqaya al-Ghasra also competed with a hijab during the Athens Olympics in 2004 and in Beijing four years later.

“The Nike Pro Hijab was designed as a direct result of our athletes telling us they needed this product to perform better, and we hope that it will help athletes around the world do just that,” Global Nike Spokeswoman Megan Saalfeld told Al Arabiya English. 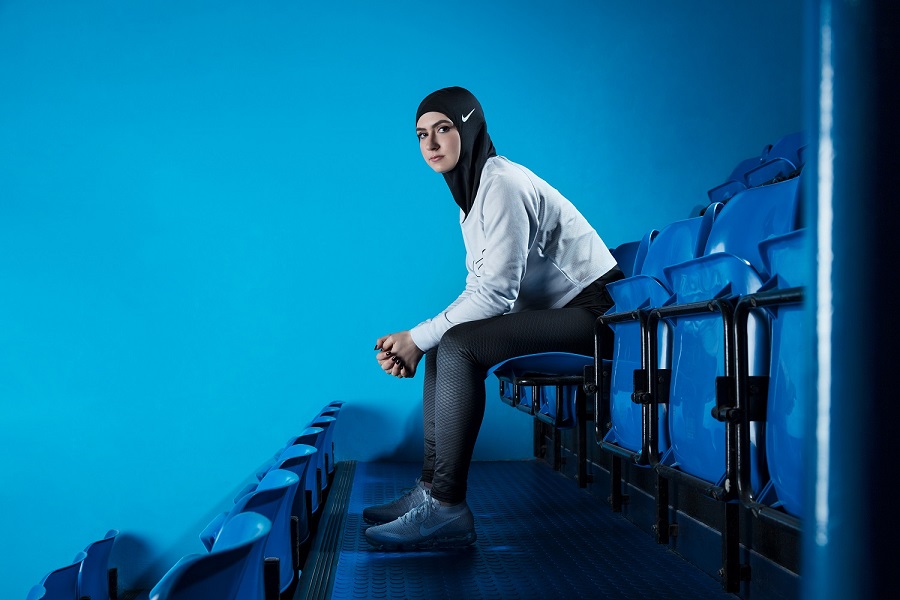 The news were released by a source from Nike who confirmed that the recent viral video campaign that went featuring Middle Eastern female athletes and titled “What will they say about you?” was just a precursor for the launch of the Nike Pro Hijab.

The new production followed a complaint by Emirati female Olympic weightlifting athlete Amna Al Haddad during her visit to Nike’s Sport Research Lab at their global headquarters in Oregon.

Haddad complained that she only had one hijab that worked for her, and that she had to wash it by-hand each night in the sink during a competition.

“From there, we worked with Amna and a variety of other athletes to see what they needed and wanted in a performance hijab. What we heard was that women were looking for a lightweight and breathable solution that would stay in place without concern of shifting,” Saalfeld told Al Arabiya English.

“For a brand like Nike to come out and say that these people exist and are inclusive of hijabis is a big deal,” Rostom told Al Arabiya English.

“It not just about making a product available for Muslim and Arab women but it is also giving a chance to those women who are putting off the idea of wearing the veil completely in order to compete.”