BAKU, Azerbaijan – A new book has been launched in Dubai this month featuring the evolution of the mosque from the seventh century CE right through to the present day in 50 mosques across the world, The National reported.

“The mosque is the perfect vehicle to express architecture’s transformative power,” Leyla Uluhanli writes in the introduction to her book, Mosques: ­Splendours of Islam.

The book, published by Rizzoli, features dozens of photographs and 10 essays by leading Islamic experts.

Going through mosques in Africa, Asia, Russia, and the Caucasus, the new book challenges conceptions of what a mosque might look like.

In his foreword, Prince Amyn Aga Khan writes: “These experts illustrate how mosques express the needs and aesthetics of widely varied and distinctive communities unified by a common spiritual quest, a shared ethic.” 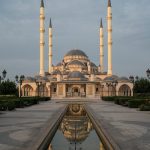 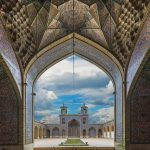 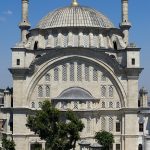 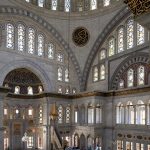 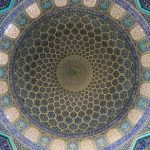 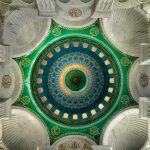 Uluhanli, an interior designer based in Moscow, was born and raised in Baku, Azerbaijan, during the Soviet era.

Moscow was busy with mosques, but Baku, under Soviet rule, was not a religious town.

“On my route to school, I would pass some of the most beautiful mosques,” she says.

“I appreciate the obvious religious significance but believe that the beauty transcends religion. This is something that needs to be shared with people from all over the world.”

”Mosques: Splendors of Islam” book, a result of many years of research and photography done by Leyla Uluhanli #leylauluhanli #splendorsofislam #mosquearchitecture

A post shared by Leyla Uluhanli Interiors (@leylauluhanliinteriors) on Nov 9, 2018 at 4:02am PST

The techniques used to instill mosques with a sense of spirituality also differ from those used in other religious buildings.

“Mosques are unique because they do not incorporate figures or portraits,” says Uluhanli.

“Through geometric patterns and ornaments, the artists still manage to inspire people and impose a feeling of godliness without using the figurative portraits used in other cultures and religions. With very limited instruments, mosques still achieve an effect of grandeur and power.”

A post shared by Leyla Uluhanli Interiors (@leylauluhanliinteriors) on Oct 29, 2018 at 9:01am PDT

The concluding section of Mosques: Splendours of Islam focuses on nine modern-day structures.

“They offer a fascinating point of intersection between tradition and modernity, often fuelled by a desire to assert the contemporary value of Islam in society.”

Uluhanli believes her book is capable of uniting people over architecture.

“I want to show that this architecture belongs to the world,” she says, “and can be viewed apart from the religious element.”