LAHORE– Landmarks in several Muslim countries went into darkness, as they switched off their lights between 8:30pm and 9:30pm Saturday, March 24, to join the rest of the world in observing the annual Earth Hour and raise awareness about the growing climate change threats.

“We have come a long way since 2010 when we first celebrated Earth Hour. The seed we sowed has taken root and the masses today are comparatively well-aware of the climatic changes around us,” Dr. Babar Khan, regional director of World Wildlife Fund (WWF) in Pakistan’s Sindh and Balochistan told Daily Times on Saturday.

“If we take a look into our past we would understand that movements have shaped our lives-movements matter- and the Earth Hour movement will shape our future. It’s a constant reminder that we should lead towards the transformation of a more prosperous and renewable future,” the environmentalist official believes.

Some iconic mosques and landmarks in the Islamic World like Sheikh Zayed Grand Mosque in Abu Dhabi, UAE, Pakistan’s 17th-century Wazir Khan Mosque in Lahore, and Shah Faisal Mosque in Islamabad, in addition to Hassan II Mosque in Morocco’s Casablanca, and Egypt’s Pyramids of Giza, Sphinx, Cairo Tower, Bibliotheca Alexandrina, Qaitbay Castle, and Luxor’s Karnak Temple switched off their lights at night for one hour in commemoration of the event. 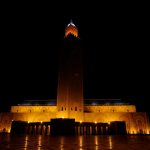 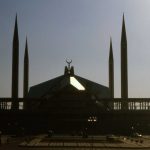 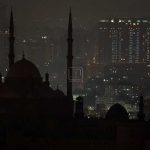 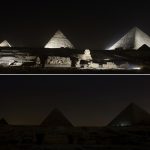 To support the cause, the Pakistani government issued a group of initiatives to address the topics of climate change and biodiversity loss.

According to Daily Times, one of the new regulations in Pakistan was a ban on plastic bags that was implemented a few days earlier before the annual event.

This year marks the 11th anniversary of Earth Hour and its current theme is “Connect2Earth”. The famous global event started in 2007 as a symbolic occasion in Sydney, Australia.

Today, it’s the world’s largest grassroots movement for the environment, ensuring that people who are on the front lines of climate change, are also empowered to be the planet’s first line of defense.

The one-hour event continues to remain the key driver of the movement encouraging individuals, communities, households and businesses to turn off non-essential lights as a symbol for their commitment to the planet.