LONDON – Great British Bake Off 2015 winner Nadiya Hussain feared she was seen as the “token Muslim” when she appeared on the BBC TV show, she revealed on Tuesday, July 11.

“I certainly didn’t enter a baking show in the hope of representing anyone,” Hussain, 32, told Radio Times magazine.

“Being a Muslim for me was incidental, but from the day the show was launched, I was ‘the 30-year-old Muslim’ and that became my identity.

“I struggled at the beginning, because I thought, ‘Am I the token Muslim?’ I’d never, in all my years, been labelled like that. I heard it constantly, ‘Oh, she’s the Muslim, she’s the Muslim.”‘

She said: “And I was so shocked by the amount of negative comments I got.”

She said that her religion is “incidental” to her, but that the response it garnered made her wonder if she was the “token Muslim” on the series. 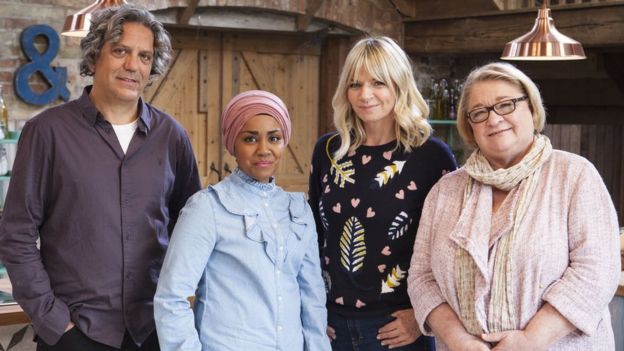 Hussain will be one of the hosts of the Big Family Cooking Showdown, which airs in the autumn

Despite having been subjected to some negativity, she learned how “lovely” the general British public are with their overall reaction towards her.

“We are so much more accepting than that: I never realized Britain had such open arms,” she said.

Since winning Bake Off, Hussain has appeared in her own series, The Chronicles Of Nadiya.

She is set to launch her new BBC TV show, Nadiya’s British Food Adventure, on 17 July and will release a book of the same name alongside it.