A trailblazing comedy show by two British Muslim presenters Aatif Nawaz and Ali Shahalom is set to release premiere on BBC on July 22.

It features jokes on the UK airports security, overindulging in Ramadan, and many other flaws of modern-day life faced by Muslims, The Guardian reported.

“The BBC have put us in the brown room!” laughs Shahalom, “gazing up at the cast of Goodness Gracious Me. It feels fateful that this is where we meet in Broadcasting House, given the impact the pioneering British-Asian sketch show had on these two comics.”

“That was the first time I ever saw brown people on TV. That did something to me.”

The show, Muzlamic, displays a variety of topics from airport interrogations to a children’s author forced to answer extraneous questions while plugging a book called ‘The Diary of a Friendly Squirrel’.

Muzlamic will show the world from the perspective of two Muslim comedians. The pair write comedy using three golden rules: “‘Will Allah be OK with this? Will my parents be OK with this? And will I be OK with this?’ Which I think are three great rules to live by generally, right?” they explained. 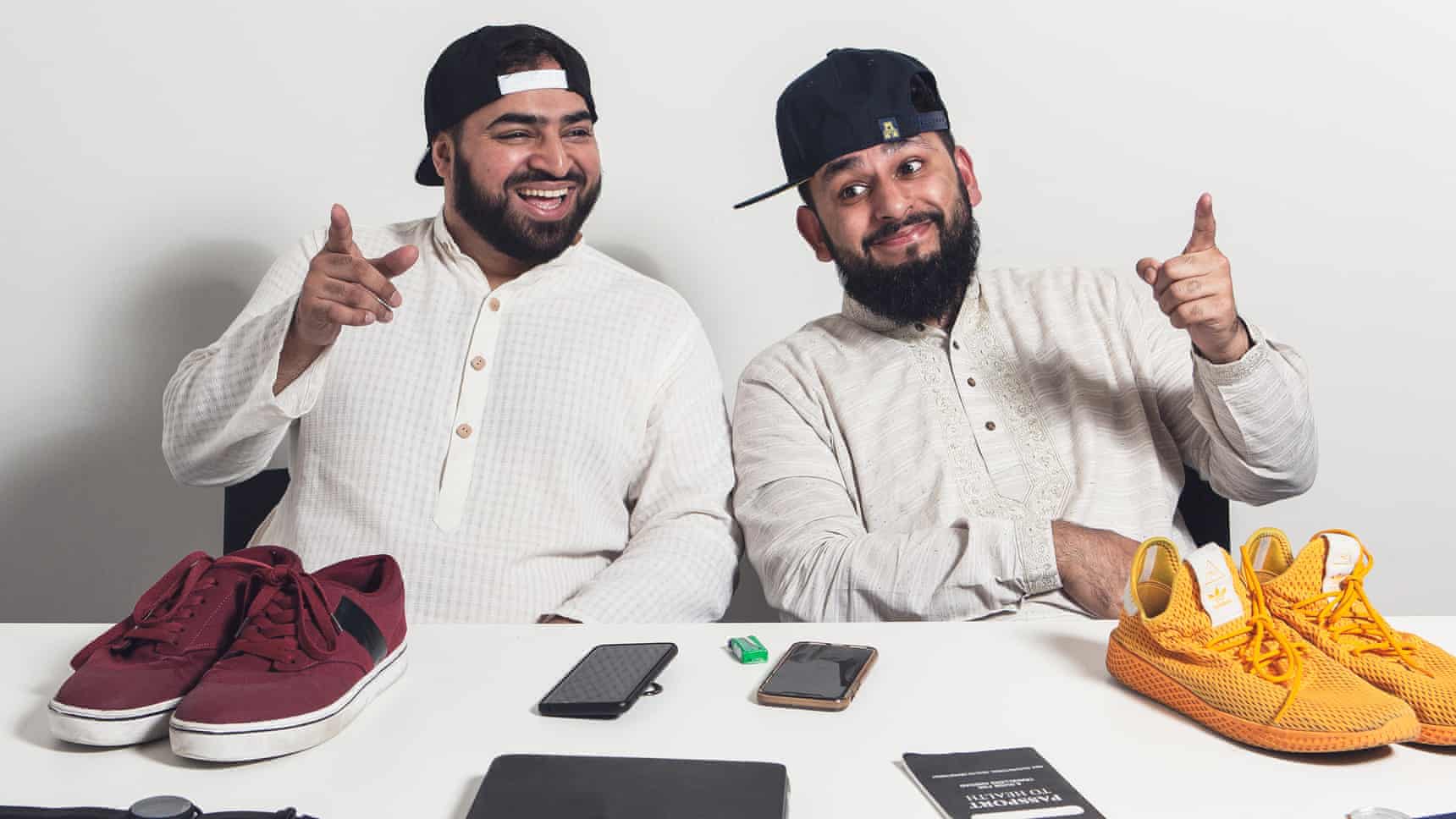 How Did it All Start

The British-Pakistani comic Nawaz, 34, took the tried-and-tested route of open mics and Edinburgh stints, followed by many unsuccessful attempts to get scripts into production.

His friend, Shahalom, 26, isn’t new to the business either. The Bangladeshi former marketer started his comedy career at the age of 18 on YouTube. His first ever video was a selection of things “British Asians Say”, name-checking Rubicon Mango drink and Chris Morris’s Four Lions.

He currently has close to 400,000 Instagram followers, and his gags range from overindulging at the evening meal of Ramadan. “Can we get seven mixed grills – no make it eight – 19 pizzas and seven plates of cheesy chips … this is a lot of food for three people to being terrified of spiders. “We’re moving house! Pack your bags!” he said.

The pair met in 2016 on the way to a shared standup gig and later bonded on a trip to a Birmingham comedy club. They decided to collaborate, eventually landing on a sketch show.

The two friends decided to film their own pilot, balancing their phones on piles of books and using selfie sticks, and see what broadcasters thought. Eschewing agents, they started contacting the likes of the BBC themselves.

Most of their messages went unanswered, but they did get one reply – from the head of comedy at BBC Studios. Soon they were scaling up their ideas with the producer of black British sketch show Famalam, which has had two series on BBC Three in the past two years.

Muslim comedians have been fighting prejudice across the world with comedy shows.

In North Carolina, the Muslim Student Association hosted a comedy show in April 2018 to counter hate with humor and showcase challenges facing Muslims in today’s America.