NOTTINGHAM – In the latest episode of a series of attacks targeting mosques in the west, a window in a Radford, Nottingham, mosque has been smashed as worshippers prayed inside, an attack which sparked support from the larger community.

“One window was smashed whilst people were praying. We have had many messages about it and residents in the area are concerned. It did shock us it’s an awful thing to do,” Mosque leader Dr Ibrahim Hammad told Nottingham Post.

“Thankfully the damage isn’t too bad and thank God everyone is okay.

“With lots happening, especially after London, many of our members are worried. But I trust the police, and we live in a safe area.

“This was just one individual’s behavior. Nottingham people will stand shoulder to shoulder with us against this.

“People from churches have come to visit us and offer support. We are all close to each other we can’t say everyone is not close to one another because we are.” 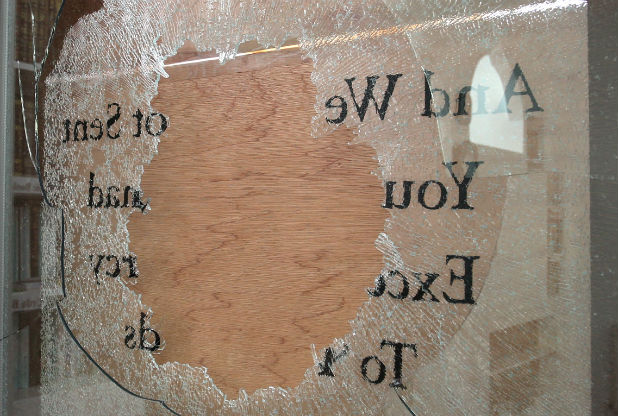 Masjid Umar, in Alfreton Road, was attacked on Monday, July 3, at 11.25pm as people prayed inside and no injuries were reported.

Police arrested a 49-year-old who remains in police custody.

“The people in the masjid [mosque] apprehended the suspect. The police came quickly and have taken the suspect to the police station,” another member of the mosque said.

“No one was hurt or attacked at the mosque and this is now a police matter. We want to thank you for your concern and duas [invocations].”

The incident comes after two men were arrested by police after a meat believed to be pork was allegedly smeared on the door of the Al-Quba Masjid mosque, at the Fiveways multi-faith center in Sherwood on June 18.

The door to the mosque was targeted and a Union Jack flag was also placed at the scene.