LONDON – What begins as a light-hearted movie full of jokes turns into a story demonstrating that love comes in many different forms. The movie Victoria & Abdul has a subtle unsuspecting tone to it.

A Queen, a ruler of an Empire and her teacher who lifts her, returning her sense of worth and value, something she lost after the death of her husband.

This wasn’t a relationship in the traditional sense, rather one of friendship and companionship where Abdul honored his commitment to the end, by her side, much to the horror of her royal court who suffered from waves of greed, self-interest, uncanny ambition and casual racism and xenophobia.

Perhaps here is the wider lesson for our time. A hankering, a yearning, for a time gone by, when Britain truly did rule the waves and had a vast empire. This pride of a time gone by, fueling a movement to separate our nation from our neighbors, colloquially known as #Brexit.

The reality, of course, is something very different. Over a hundred years have passed from those glory days, the world has changed, global powers have shifted, influence has moved.

Given the size of our nation, our lack of industry other than the services, our strength is in relationships, partnerships, and working together, not in the increasing rhetoric of isolation, which is what #Brexit delivers. 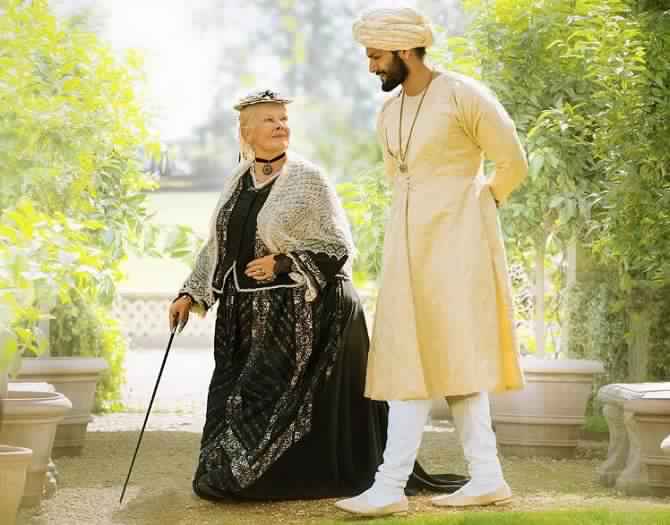 The story also troublingly displayed a reality experienced by so many who do not benefit from ‘white privilege.’ This isn’t to say that discrimination does not take place in-between ethnic minorities, it does. But, we witness in the movie how distant Queen Victoria is from the racism which her court carried, and later delivered, when she passed away.

I am less familiar with the day to day life of Queen Victoria but Judi Dench portrayed certain traits and attributes in a truly remarkable fashion, what you’d expect from a star of her caliber. While Ali Fazal delivered much the same portraying Abdul Karim.

At times throughout the movie I felt that I had been projected back to the time of their characters; a reflection of how engrossed I was with the film making the near two hours fly by.

For those with a more sentimental heart, I would strongly suggest a packet of tissues. The movie swings from jovial quirkiness, to frustration, to a form of love that leads the heart to shed tears in tune to its beat. Theirs was a friendship that was unexpected, and it should serve as a reminder to all of us that when any of our hearts are open, we can often find love comes in – in whichever of its diverse forms.

May God have mercy on Queen Victoria, on Abdul, and those around them who enabled their friendship to flourish, Ameen.

Victoria & Abdul is released in the UK on September 15th.