The non-Zabiha Turkey fell easily onto my plate. Not just one slice either, several.

It was to be the first, in a series of challenging incidents which took place over Thanksgiving weekend in Ireland.

I was invited to attend a dinner at a Christian outreach center called An Cuan (The Harbor), in the town of Rostrevor, Northern Ireland.

Having shared a moment of reflective prayer with around one hundred others, I joined the community in polite sequence at the buffet tables in the entrance hall.

Being the only Muslim present, I tried not to visibly wince at the roasted pig being served on one side. I turned my head away, helping myself to the home-made vegetarian option: sweet potato roast and mash, which of course needs gravy.

Despite, my internal pledge to ensure everyone was comfortable with me around and that I would represent my faith in the most gentle way possible, I was acutely aware of sounding faintly preposterous as I asked fellow diners,

“Do you know if this gravy has meat juices in it?” Who worries not just about the type of meat they eat but the risk of a little bit of meat juice falling on their plate? Was I being ‘extreme’?

Ireland is full of Christians, the meat was from Ireland and slaughtered there – ergo – it was slaughtered by ‘people of the book’. I quit my usual Zabiha stance and tucked into the tray of Turkey.

And so began a weekend of negotiations with my naffs [internal soul], and a big reminder of what our youngsters must go through every day in North America and Europe; the pressure not to make a fuss and not to be seen as ‘extreme’ in religion.

I was quite literally, the only hijabi in the village.

Looking around at the Irish families and international guests, enjoying the festivities, I realized that I was also the only woman with covered hair.

Sitting down to eat my food, I then realized I was also the only person over 18 not drinking alcohol. Wine was everywhere. For modern Christians not to serve alcohol would be seen as a cultural heresy.

Internally making istighfar, I noted what no one else seemed to have clocked.

The bottles of red wine were called Casillero Del Diablo, Castle of the Devil. 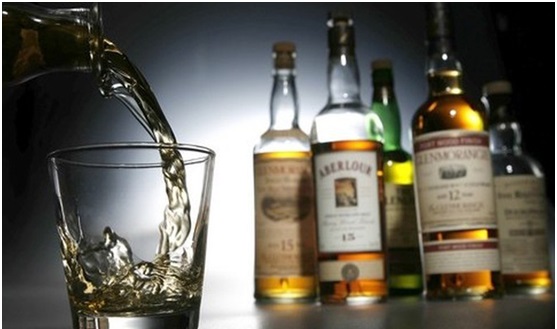