LONDON – Facing rising anti-Muslim and anti-immigrant sentiment, British Muslims are seeking to raise funds for candidates who align with their views on key policy areas in next month’s general election.

“Growing up I remember two Muslim approaches to elections. Neither were all that helpful,” Muddassar Ahmed, a former UK government adviser who is leading the Muslims for Change initiative, told BuzzFeed News.

“Either Muslims sat out of the vote entirely, equally suspicious of all the parties, or we voted en masse according to the recommendation of senior religious or community leaders.”

The group called Muslims for Change (MFC) say they want “the voices of British Muslims to be heard and their vision of a strong, stable, open, and prosperous Britain for all to be seen by those who will hold office.”

The proceeds will be donated to prospective MPs who are campaigning to address a range of issues including rising anti-Muslim and anti-immigrant sentiment.

Ahmed said the work of a “pressure group” like Muslims for Change could prove to be “a better, savvier approach” that was more inclusive, and rejected the idea it was akin to lobbying.

“Lobbying is done by the privileged and the elite and the few behind closed doors, and backroom deals. It conjures up those images,” Ahmed said. 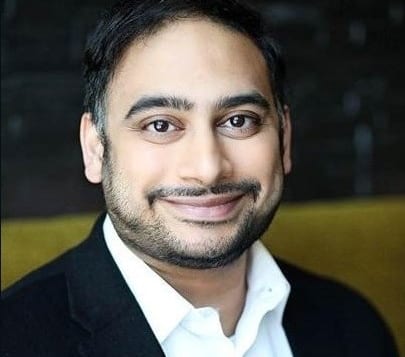 Muddassar Ahmed, a former UK government adviser who is leading the Muslims for Change initiative

Ahmed, president of the think tank Forum for Change, said Muslims for Change is non-partisan and would be lending support based solely on whether an individual politician is aligned with its aims.

“We are deliberately not taking a view on Brexit,” he said. “What we’re doing is we’re saying we don’t want to see an increase in rhetoric against migrants or against refugees.”

“We think this needs to be a priority. So we want to back people who will actively go out of their way to [address] these issues,” he added.

In areas where one or more candidates support Muslims, Ahmed said his group would not get involved.

“We’re staying out of places where both candidates obviously and publicly agree with our statements, or are Muslim,” Ahmed said, adding that no candidate would get support on the basis of religion.

“If one agrees and one doesn’t, it really doesn’t matter what their religion is … it may be the case we back the non-Muslim over the Muslim, it doesn’t matter.”

According to Buzzfeed, Muslims constitute 4.4 percent of the UK population, making the religious grouping a significant minority.

Yet, only 13 out of 650 members of parliament elected in 2015 identify as Muslim or have said they have Muslim heritage.

With many parties keeping low profile on Muslim issues in the UK, Ahmed seeks to change this fact.

“The Muslim community seems to be the elephant in the room but nobody is sort of talking about,” he said.

“We thought it was important that, given this was such a crucial election for all parties involved, we ought to make our voice count somewhere.”