The British government minister for countering extremism has praised the Muslim community in Ilford for their activities towards “building a stronger Britain,” Ilford Recorder reported.

“The program of our ministry is a powerful coalition of positive voices in society who are standing up to the hatred and extremism which, sadly, is present in Britain,” said the minister Baroness Susan Williams.

The minister visited the Eton Road Community Center on Tuesday, July 16, as part of the Home Office’s ‘Building a Stronger Britain Together’ program, and met with the League of British Muslims in Ilford chairman Bashir Chaudhry and Ali Younis.

“I was delighted to visit one of these positive voices at the League of British Muslims, who work with local residents to build resilience and improve inter-faith understanding and tolerance,” she said. 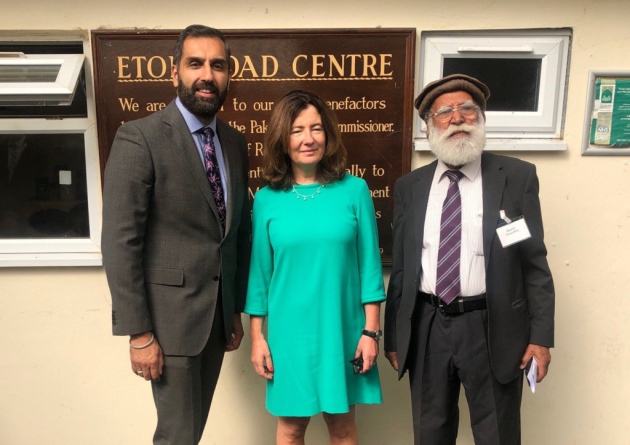 Williams was also accompanied by Redbridge Council’s deputy leader, Councilor Kam Rai, who expressed interest and appreciation for the activities of the Muslim community.

“The work of the League of British Muslims and other organizations is essential in our work to create more resilient communities, tackle extremism in all its forms and promote fundamental values,” the minister expressed.

The ministry’s program is set up as part of the governmental Counter-Extremism Strategy, where a network of more than 230 groups cooperate to support civil society and community organizations in efforts to stand up to extremism and bring communities together. 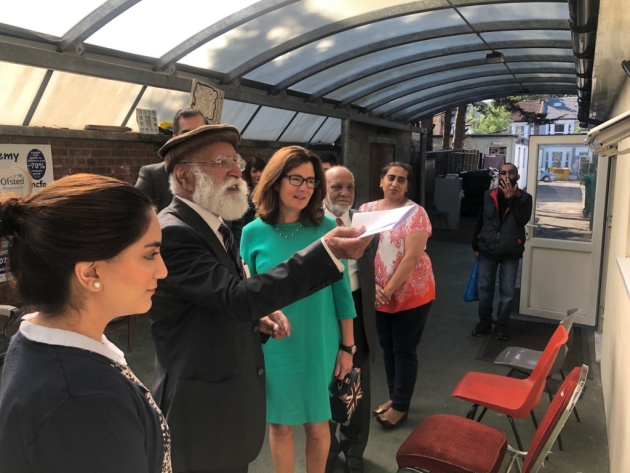 In fact, the League of British Muslims was recently awarded Home Office funding to help improve people’s understanding of extremism.

On his behalf, Cllr Rai said: “It was good to hear how impressed Baroness Williams was by the dedicated work of Bashir Chaudhry, his fellow trustee Ali Younis and the Building a Stronger Britain Together groups to bring together and empower the local community.”

“It’s vital we work together with all our partners to celebrate our diversity and challenge those who seek to divide us. The ministerial initiative offers grants for specific projects, or offers support such as social media training or technical assistance,” he informed.

Ilford is a large commuter town and suburban area in East London, England. Identified as a metropolitan center in the London Plan, Ilford is classed as a significant commercial and retail center for the wider southeast of England.

According to the 2001 national Census, out of about 200,000 people, Muslims constituted 26% of the total population of Ilford.