The meeting, held at Portcullis House, was full to capacity and attended by a number of MP’s, including Labour Leader, Jeremy Corbyn.

In his speech, Corbyn gave his support for the four weeks of national and local events focused on hate crimes against the Muslim community.

“We must stand together and say that an attack on anyone is an attack on all of us and come from a point of solidarity,” he said in the meeting attended by AboutIslam correspondent.

“There is no future in a blame culture against minorities.” 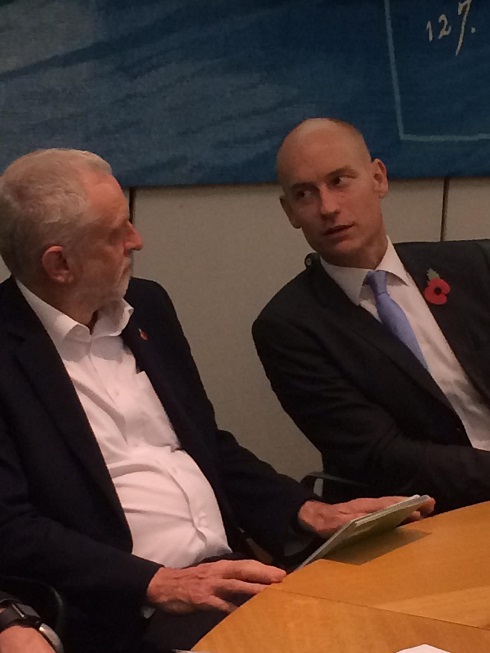 MEND is the UK’s primary organization devoted to empowering and encouraging British Muslims to engage in mainstream media and political activities.

Co-founded in 2012, IAM brings together Police and Crime Commissioners (PCC), local councils, media, and civic institutions to raise awareness of the rise and the risks related to pushing the Muslim community to the boundaries of mainstream society.

He offered words of support for Mend’s work in encouraging greater Muslim participation in democracy. He also voiced concern over claims in a recent report issued by a neoconservative thinktank which accused Mend of being an ‘Islamist Organization.’ An accusation Mend vehemently challenged in a statement.

“Quite simply the report equates political dissent with extremism’ it said. 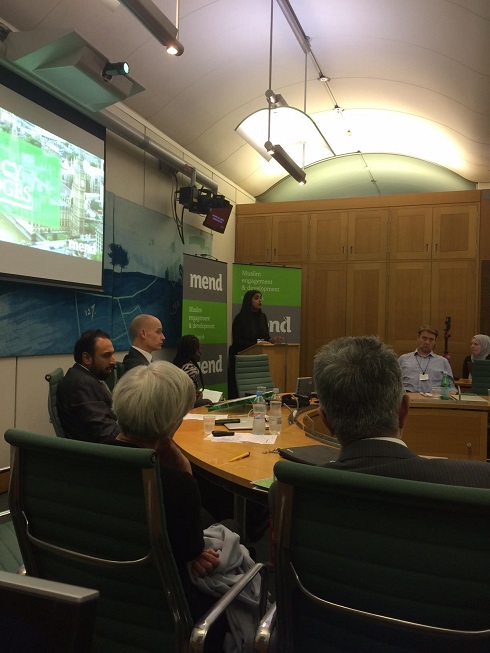 Jeremy Corbyn received a cheer when he affirmed his support for the security of people of all faiths and none.

“It is no solution to blame refugees fleeing war and poverty.”

Wes Streeting, Ilford North MP and vice-chair of the All-Party Parliamentary Group Against Antisemitism presented figures from his Redbridge constituency, where police have recorded a more than 30 per cent rise in hate crimes against Muslims.

“The majority of law-abiding Muslims often fear a backlash embodied by the terrible attack in Finsbury Park. So what are we prepared to do? The battle for equality is a battle for hearts and minds and must be joined by all those in power: employers judges companies and of course newspaper editors.”

Afzal Khan is the Labour MP for Gorton. He called for greater Muslim youth engagement in national and local politics citing the greater diversity in Parliament as an indicator of improvement.

He also expressed support for the aims of Mend and a month of awareness-raising events.

“I’ve known Mend for many years on a local level. I have been impressed with their work” said Khan.

Sufyan Gulam Ismail is the founder of Mend. He is a UK Entrepreneur and Philanthropist, ranked amongst the 500 most influential Muslims in the World.

Ismail outlined the organization’s vision for the coming weeks, saying: “You are going to see so many videos and statements from celebrities supporting this month, actors, film stars and pop stars. This has more support than ever before.”

From November 3 a national Islamophobia exhibition will be traveling UK wide.

Further details of this and related events can be found here: #IAM2017