LONDON – British PM Theresa May and opposition leader Jeremy Corbyn visited the Finsbury Park Mosque on Monday, June 19, to offer condolences and support to the Muslim community after a man plowed his van into Muslim worshippers leaving mosque.

“The terrible terrorist attack which took place last night was an evil borne out of hatred and it has devastated a community,” May said after the visit, Evening Standard reported on Tuesday, June 20.

Visiting the mosque, May met with faith leaders from the community inside the mosque.

She later emerged, with the representatives of different religions at her side, to talk to reporters.

“I am pleased to have been here today to see the strength of that community coming together, all faiths united in one desire to see extremism and hatred of all sorts driven out of our society,” she told a news conference.

“There is no place for this hatred in our country today and we need to work together as one society, one community, to drive it out, this evil which is affecting so many families.”

A Muslim man was killed and ten others have been injured after a van ploghed into a group of worshippers near a north London mosque in a terrorist attack targeting the British Muslim community on Monday morning.

The attack, deemed terrorist was condemned by PM Theresa May, who said the “hatred and evil” of the kind seen in the attack would never succeed.

“This was an attack on Muslims near their place of worship,” May said in a televised address.

“And like all terrorism, in whatever form, it shares the same fundamental goal. It seeks to drive us apart — and to break the precious bonds of solidarity and citizenship that we share in this country. We will not let this happen.” 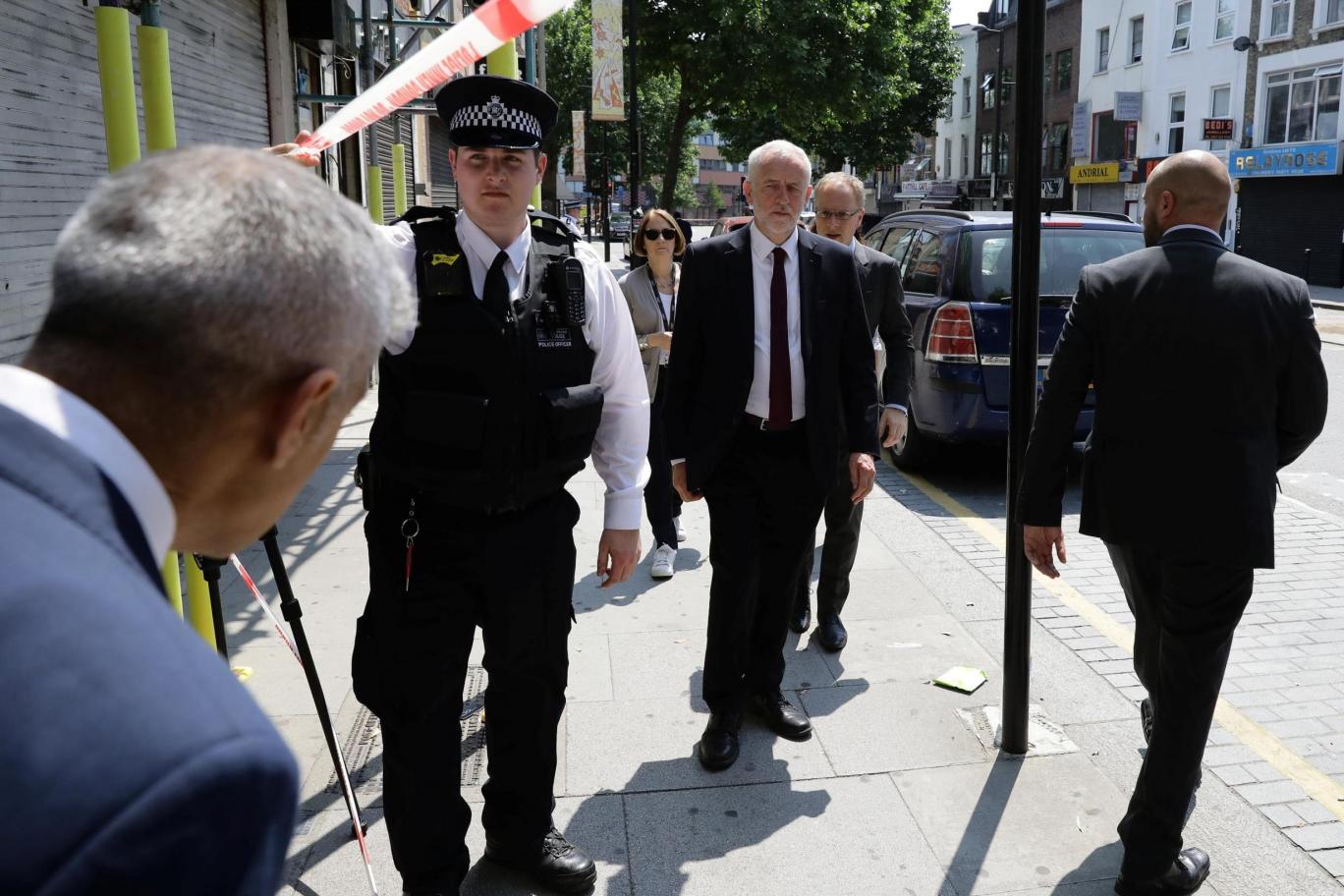 As May sat with members of various religious groups in Finsbury Park mosque, Labour leader Jeremy Corbyn was cheered as he arrived at the mosque, which is located down the road from where the attack happened.

Members of the public applauded as he went inside, while one man shouted: “We love you, Corbyn”.

He had earlier visited the site of the horrific incident, and left the cordon surrounded by police before walking to the entrance of the mosque.

He told the community to “stand together proud” and said “we are a community which is not going to be divided by vile acts of terror”.