LONDON – A Tesco Christmas ad that features a Muslim family celebrating the holiday has stirred up mixed reactions on social media, as some criticized the ad while others praised the supermarket’s inclusive message.

“Everyone is welcome at Tesco this Christmas and we’re proud to celebrate the many ways our customers come together over the festive season,” a Tesco spokesperson said, SBS reported on Friday, November 10.

The UK supermarket chain released its “Everyone Welcome” campaign for Christmas with an online ad featuring a diverse range of families from different ethnicities all preparing a turkey for the family.

Focusing on the fun and frustrations of preparing food for Christmas, a segment of the ad features a Muslim family holding Tesco Christmas gifts.

The majority of social media was supportive of the inclusive campaign and many people, including Muslims, congratulated the supermarket for capturing the essence of the festive season. 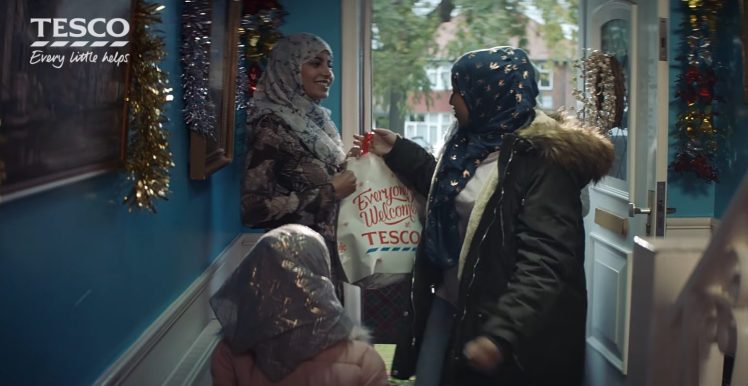 As a Muslim that celebrates Christmas with two families every year, I have to applaud @Tesco‘s inclusive advertising message ????

Nice advert. Shame some folk are enraged by having a mix of people in it. Despite what some think, there are many non Christians that enjoy the Christmas period. Christmas is a time to celebrate and be kind to others. Some should take note.

Love the #TescoChristmas TV ad – featuring all sorts of people celebrating Christmas – including a Muslim family. Perfectly normal so well done Tesco for doing this. It’s a great family time for everyone.

Some viewers claimed the ad was “political correctness” gone wrong and started the backlash with the hashtag “Boycott Tesco”.

Britain is home to a sizable Muslim minority of nearly 2.7 million, according to 2011 census.

Christmas is the main festival on the Christian calendar.

British Muslims: To Mark or Not to Mark Xmas

US Muslims & Xmas: Struggling to Cope With Season