BOLTON – Muslim American comediennes Salma Hindy and Yasmin Elhady will be showcasing their own very brand of humor at 2018’s Super Muslim Comedy Tour which comes to Bolton, the UK on October 29, The Bolton News reported on October 18.

“Finally, an Egyptian Muslim woman who was raised in Kentucky gets to crack her jokes in Europe about Kenexit!” Elhady said excitedly.

Now in its third year, and following the success of 2017’s tour, this year the tour is visiting 11 venues across the UK.

The tour is all in aid of the Education First program, which provides life-changing education to thousands of children living in poverty across the globe. 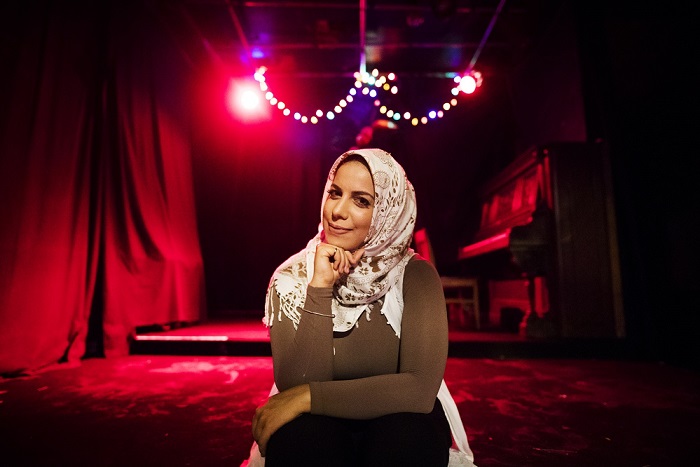 Through Education First, the tour rebuilds and rehabilitate schools which have been damaged by war, conflict, or disaster, and provide children with access to the education they deserve.

The schools are all fully equipped with the relevant facilities, textbooks, stationery, libraries, desks and chairs, play equipment, and high quality, well-trained teachers.

“This tour comes at a great time for the UK. With Islamophobia on the rise, it’s nice to be part of a positive message. Penny Appeal does some incredible work, and it’s amazing to think that we can have fun together while being there for children who so desperately need our help,” Elhady expressed.

Penny Appeal CEO, Aamer Naeem, said: “This year is expected to be even better than last year, with performances in 11 cities, and two amazingly funny women headlining the show alongside some very talented and funny men.”

“It will be a unique opportunity for families and communities to come together and have a hilarious evening whilst helping launch a new campaign to help forgotten children who desperately need interventions,” he continued.

“The support we have received from the general public and all of the artists involved has been overwhelming. Tickets have only recently gone on sale and some venues are already 50% sold out! It’s sure to be the highlight of the year!” the Muslim CEO informed.

According to the 2001 National Census, between 12.5% and 7.07% of Bolton’s population was Muslim. The New Zakaria Mosque, the first mosque in Bolton, served the Muslim community from Pakistan and India since the 1960s.