ISTANBUL – Sitting in a tent, surrounded by ﬁlm crew, I notice a muddy streak on my new sketchers. It must have happened as I walked across the Nomadic village set before taking my seat next to the director, of Ertugrul: Resurrection, Metin Günay.

I will never wash the mud off.

My girlish glee has nothing to do with movies, makeup or being around ‘fame’. It has everything to do with what is being created in this valley of the Berkhoz forest, to the north of Istanbul, Turkey.

Here, in the garb of the 13th-century Kayi tribe, a gallant vision of Islamic conquest based on the life of a warrior clan is being not so much reenacted, as recreated. 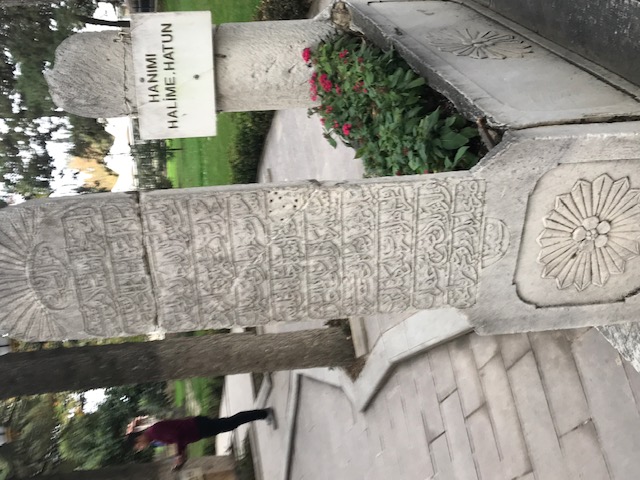 Based on the history of the Muslim Oghuz Turks, the bloody, epic, imagine the vividly inspiring life of Sulaiman Shah and his son Ertuğrul, father of Osman I, founder of the Ottoman Empire. 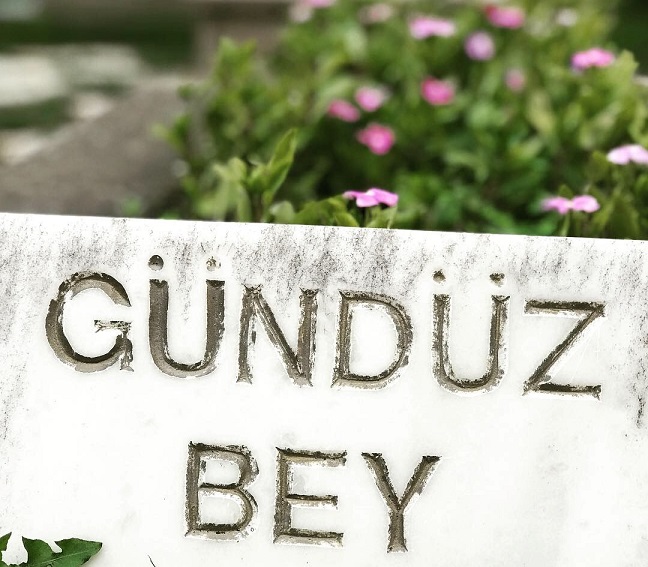 Mongol Hordes in the Woods

The Kayi tribe, of the Oghuz Turkic people, settled in Anatolia in response to the Mongol invasions which led they and other Turkic tribes to ﬂee Central Asia.

They were met with bitter resistance from Crusaders and battalions of ﬁghters of the Eastern Roman Empire of Byzantium, whose capital at the time was Constantinople, today’s Istanbul.

There is a great disconnect between Muslims and the leaders of our past.

Attending secular schools means that even in private schools in Muslim countries, the history curriculum often follows an Anglicized world-vision.

Islam as a world faith (much less a global empire for eight hundred years), can be trivialized, a blip on an otherwise sensible secularist trajectory.

Behind the scenes of the Nomad Camp set, there is a ﬂurry of activity at my left, a camping chair is set next to mine.  Engin Altan Düzyatan, the lead actor, in full black armor and turban joins me on his break. What does the series mean to him I ask? 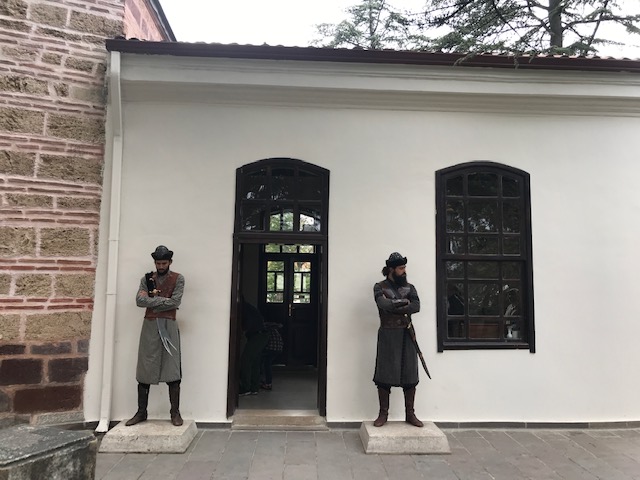 “It’s a big project, the ﬁrst time in Turkey to tell Muslim people (history) like this. I was very excited when I saw the ﬁrst episodes. Also, it was a good role for me there were toys, like horses…” he laughs.

Does he sense this work could elevate faith-based heroism? “Yeah of course,” he said “If you don’t feel the (weight of) history you cannot play like that. We all feel it.”

Before I am taken for a tour of the other main set, a forest valley, where Ertugrul battles Mongols and other enemies, I ask Metin Günay, the director, if the criteria for choosing crew and cast on the series went beyond that of the talent requirements.

“They had to know history, Islam and Tassawuf (Islamic spirituality ‘Suﬁsm’) otherwise it is impossible to create this work,” he tells me.

Stunned I turn to crew members behind us observing the action on the monitors from over our shoulders. “All of you,” I ask? “From camera to actors to make up – had to know about history, Islam, Tassawuf?” The high-level ﬁlm experts, look at each other, nod. “Yes all of us,” someone says.

The TV series is setting milestones in Turkey. The script creates a soap opera which hangs on known facts relating to great marriages, battles, and migrations. With respect to art, copper and other metallic accessories used by actors and extras, these are accumulated from various parts of Turkey.

Arrows and materials for clothes, utensils, and housing are as authentic as possible. 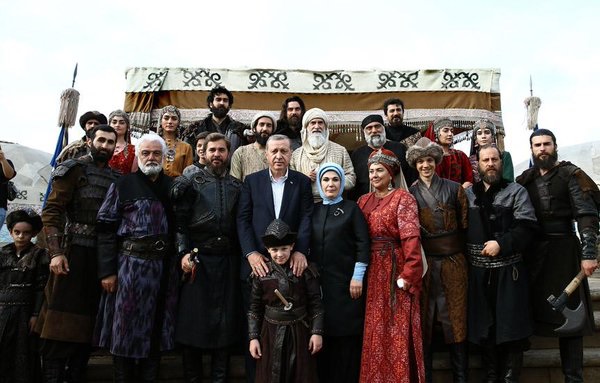 A representative of TRT stated that the series “aims to strengthen the nationhood sentiment of Turkish people by teaching the audience how the Turkish state came into existence, through a combination of history and quality entertainment.”

Indeed, Sulaiman Shah, the warrior father of Ertugrul Ghazi, is deemed so important by Turkey’s leadership that in Feb 2015 Turkish troops entered Syria in the dead of night to destroy the current tomb and move the precious shrine to a safer place.

The operation was carried out by nearly 600 soldiers who needed to evacuate the 38 guards as well. One soldier was killed in an accident during the military operation.

The legendary tomb has had three locations. Originally located near castle Qalat Jabar in Syria’s Raqqa until 1973, it was then moved up the Euphrates banks to Aleppo governorate, to avoid being ﬂooded. 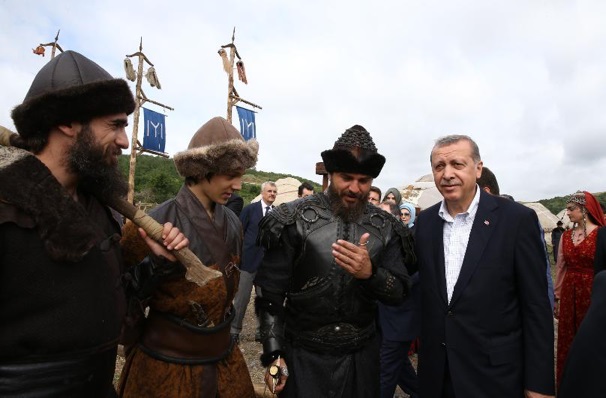 On September 9, Turkish President Recep Tayyip Erdogan commemorated Ertugrul Gazi, the father of Osman Bey. He and his wife have previously visited the set.

“The struggle of Ertugrul Gazi is the most concrete and striking example of what our nation is capable of doing when gets united…,” Erdogan said in a statement to mark the 737th death anniversary of Ertugrul Gazi.

“We work day and night for the security, peace, welfare, and future of all our brothers and sisters in our country as well as in our region and around the world,” Erdogan added. 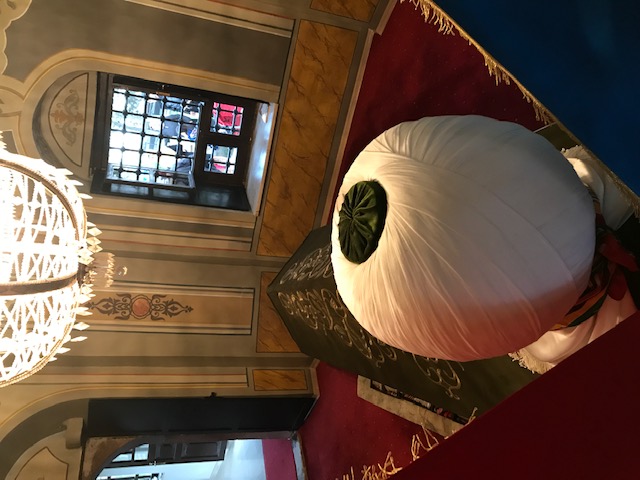 The Ottoman Empire was founded in present-day Sogut district of Turkey’s western Bilecik province. I visited the shrine there of the great ‘Bey’ himself.

Today, Ertugrul and the graves of his Alps (warriors), his beloved wife, and other family members are guarded by Turkish policemen dressed like the 12th-century warriors.

Children visit, waving curved metal swords about. Muslim dads from around the world pull on the back leather and fur hats of the Kayi tribe and pose in the doorway to the shrine, striking heroic poses.

And just for a moment, we remember that Muslims and even our leaders were not always the “bad guys.”