LONDON – People of faith, British Muslims, Christians, Jews, along with those of no faith, gathered at St James’s Church Piccadilly in London for the 2018 City Circle Interfaith Iftari on Sunday.

“It is an honor to celebrate what is part of the Muslim faith as guests at the place of somebody else’s,” introducing the evening, Ben Walker, co-chair and trustee said.

“We don’t take for granted that this type of interfaith community event couldn’t take place in many parts of the world, including in many Muslim majority countries.

The theme for the evening addressed an important subject area, Welcoming The Stranger, with speeches from a diverse panel, and a keynote delivered by Sheikh Haytham Tamim, the founder of the Utrujj Foundation.

“It is a testimony to the open-mindedness of all of you here tonight, and indeed the Church in which we are guests, for not just tolerating, but for opening, welcoming and coming here to share and to learn from each other,” Walker said.

“It’s the early Islamic leader Ali bin Abu Talib who reminded his followers that there are two types of people in this world: your brothers in faith and your equals in humanity. It’s in this spirit in which we gather here tonight,” he added.

Unlike the majority of Ramadan events, the City Circle did not align itself to a charity partner and so there was no fundraising, something many guests on the night spoke positively about.

Instead, the evening focused on a panel discussion, a keynote speech, followed by one of the best Ramadan meal options in London, where a ‘garden party’ was held in the Churches courtyard, offering Moroccan, Sri Lankan or Jamaican meals.

“My thoughts on welcoming the strange from an Islamic perspective. There are traditions in the Qur’an and the Sunnah of the Prophet, which encourages, that people do goodness,” Sheikh Haytham Tamim told the audience.

“For instance, we know that Islam has been built on the five pillars of Islam. One of the pillars is zakat, which is compulsory charity, where you take 2.5% of a person’s wealth, for those who are wealthy. 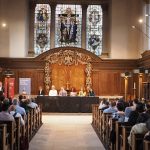 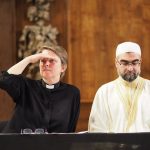 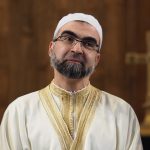 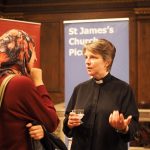 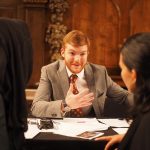 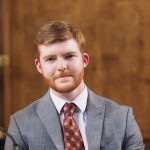 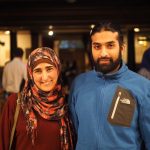 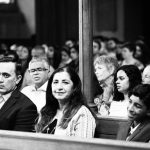 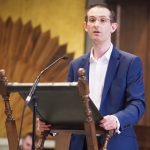 “For us gathered here to tonight as Abrahamic faiths, there is so much that binds us together. So much that we have in common and we’re celebrating that tonight,” she said.

“One of the things we have in common is the tradition of fasting. For Jews, Muslims and Christians, fasting is a way of focusing our minds, reminding us of the gifts we receive in life, and encouraging us to pray. That’s why we at this Church are so delighted for you to be here today.

“Thank you for letting us share in your tradition of iftar. Breaking bread together is an important way of getting to know each other. Talking and eating together is a way of making peace, that we value and honor.”

Vivienne Jackson, Jewish Council for Racial Equality, another guest speaker added, “I am delighted to be here. JCORE for the past 40 years has been reaching out to communities outside the Jewish communities, people need to meet each other, get to know each other so that we do not seem strange to each other anymore; we’re going to be like friends.”

“And out of that, the British Jewish communities understanding of itself, as a community made of migrants, former migrants, former refugees, we’ve started at JCORE the JUMP Befriending scheme. For young, unaccompanied refugees and asylum seekers who arrive here completely on their own.

“They have left families behind and have to acclimate to a totally new environment, without language skills, often quite traumatized,” she said.