As the world welcomes today, June 14, the 21st edition of the most popular sports event in the world, i.e. the World Cup, many eyes of the world soccer fans are already sparkled with high anticipation.

What’s new in this year’s tournament is that six Muslim cities will take part in hosting some matches and will be camps for some squads. Let’s have a look at these six Muslim cities, their venues, and their rich histories: 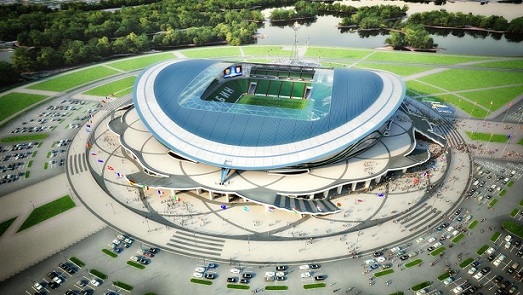 Kazan is the capital and largest city of Tatarstan. It lies at the confluence of Volga and Kazanka rivers in far easternmost Europe on a surface area of 425.3km2.

A Muslim city since the 10th century, Kazan has some mosques, the most famous of them is Qolşärif Mosque which was destroyed in 1552 and rebuilt in 2005. Some other famous mosques in Kazan were built between the 18th and 21st centuries.

Kazan’s main venue for the world cup is Kazan Arena which was erected in 2013 after three years of construction. The stadium has the largest outside screen in Europe, but with a small capacity of 45,379 spectators only.

The arena will host six matches from the groups C, B, H, F, Round 16, and a quarterfinal. Kazan city will also be the hub for the camps of both the Australian and Japanese national teams. 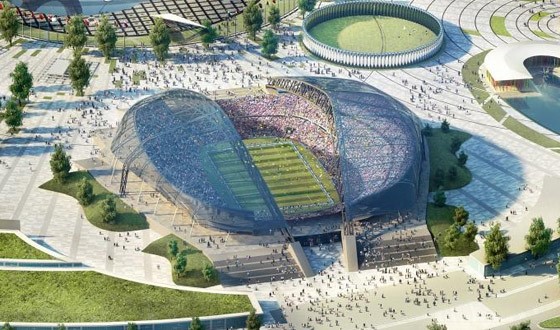 Sochi is the capital city of Circassia. It’s located on the eastern coast of the Black Sea at the Northwest Caucasus in far southeastern Europe. The city has an area of 176.77 km2 which is a residence for 343,334 people according to 2010 Census.

Sochi’s native population of Circassians started to convert to Islam in the 15th century till it became the dominant religion.

In the meantime, Sochi’s Muslims pray in the tiny Yasin Mosque which can accommodate as few as 20 worshipers at a time. In addition to it, the 25,000 Muslims convert some of their restaurants and cafes to praying cellars.

In 2008, the United Arab Emirates (UAE)’s plan to build a mosque in the central area of Bytkha is still facing some challenges. Sochi has a native Circassian imam who administers Tkhagapsh Mosque, the sole surviving Muslim worship house, lying 75km outside downtown Sochi.

Sochi’s main venue for the world cup is Fisht Olympic Stadium which is located in Sochi Olympic Park and named after Mount Fisht. The 40-thousand-capacity stadium was constructed in 2013.

The arena will host six matches from the groups B, G, F, C, Round 16, and a quarterfinal. The city will host the camps of both the national teams of Brazil and Poland. 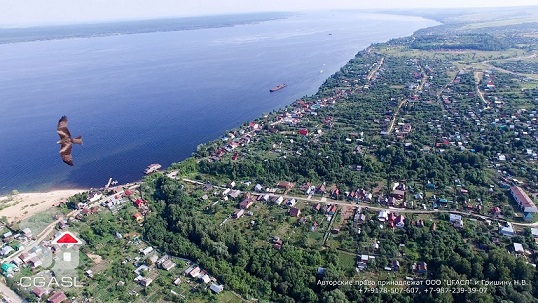 Yuğarı Oslan is a town in the west of Tatarstan in far easternmost Europe. Islam entered the Tatar town by the mid of the 10th century, and the majority of its population became Muslim. According to 2010 Census, the town had a population of about 4,493 persons.

Yuğarı Oslan is known for its calm atmosphere and temperate climate, thus it will serve as the camp for the Colombian national team during the world cup. The team will stay at Ski Resort Kazan in the adjacent village Savino, while its training site will be Sviyaga Stadium in Medvedkovo village. Both sites are approximately an hour’s drive from an airport capable of landing medium-sized aircraft. 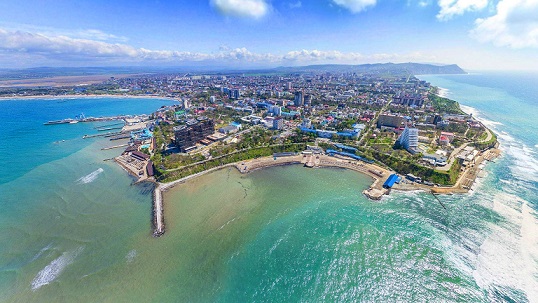 Sinda Anapa is a town in the west of Circassia. It’s located on the northeast coast of the Black Sea at the Northwest Caucasus, near the Sea of Azov in far southeastern Europe.

Islam became the town’s predominant religion by the early 18th century. In 2010 Census, the town’s population numbered 58,990. Nowadays, the native Muslim Circassians represent less than 4.3% of their own town’s population. The rest of the inhabitants are formed of Russians, Armenians, and Ukrainians.

The Muslim town enjoys a typical Mediterranean climate with stunning sunny summer. This allowed it to advance as a touristic coastal resort with lots of resorts and hotels.

Since this year World Cup occurs in summer, between June 14 and July 15, Sinda Anapa represents a perfect choice to serve as the most suitable camp for the national team of Denmark. The squad will stay at Beton Brut resort, while its training ground will be Pontos Stadium which is served by an international airport. 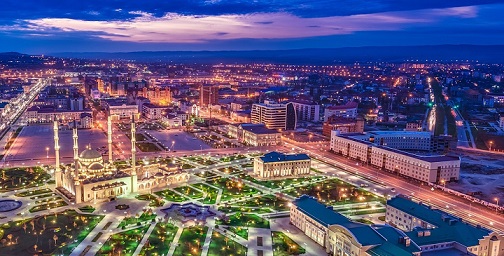 Sölƶa Ġala Grozny is the capital of Chechnya. The city lies on the Sunzha River in the North Caucasus in far southeastern Europe over an area of 324.16 km2.

The Muslim city is famous for Nohchychinan Dog Mosque which is one of the largest mosques in the world. It was opened in 2008 over an area 5,000m2 with a capacity of more than ten thousand worshipers.

The Egyptian national team has chosen the Chechen capital to be its world cup’s camp. Sölƶa Ġala Grozny welcomed the Pharaohs on June 9 during the holy month of Ramadan. The team, known as the ‘Prostrating Pharaohs’, will stay at the Local Hotel Groznyich, which is 15 minutes away from the international airport. 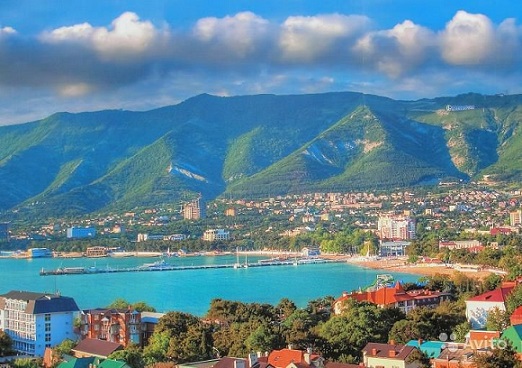 Gelendzhik is a resort town in Circassia. It lies on Gelendzhik Bay of the eastern shores of the Black Sea in far southeastern Europe.

Islam became the town’s major religion by the 17th century. The Muslim town contains a population of 54,980 people living on an area of 100km2 according to 2010 Census.

With its cool subtropical climate, Gelendzhik has been chosen to be the training camps for both Iceland and Sweden national teams. Iceland will train at Olymp Stadium while Sweden will train at Spartak Stadium.