WEST FIFE, Scotland – The local Muslim community in West Fife, Scotland, has been handing out flowers and cards that tell about Prophet Muhammad, peace be upon him, in an outreach effort to engage with the wider public and introduce true Islamic values.

“The outreach offers people an insight into the values of the Islam religion by handing out flowers and ‘Eid’ cards which tell you a little bit more about the Prophet,” Ajaz Mohammed, chair of the Dunfermline Central Mosque, told the Dunfermline Press.

“We find that people are often curious and do not realize that we celebrate the Prophet’s birth, just like Christians at Christmas for Jesus, so it’s an important day for us.

“On Monday, most families would have some sort of festive day with dinner and prayers and they’ll give each other gifts.

“We will attend each other’s mosques in the area too so on Sunday we were in Dundee for a big celebration and on December 9, likewise people from all over Scotland will be coming to Dunfermline so we can all celebrate together.” 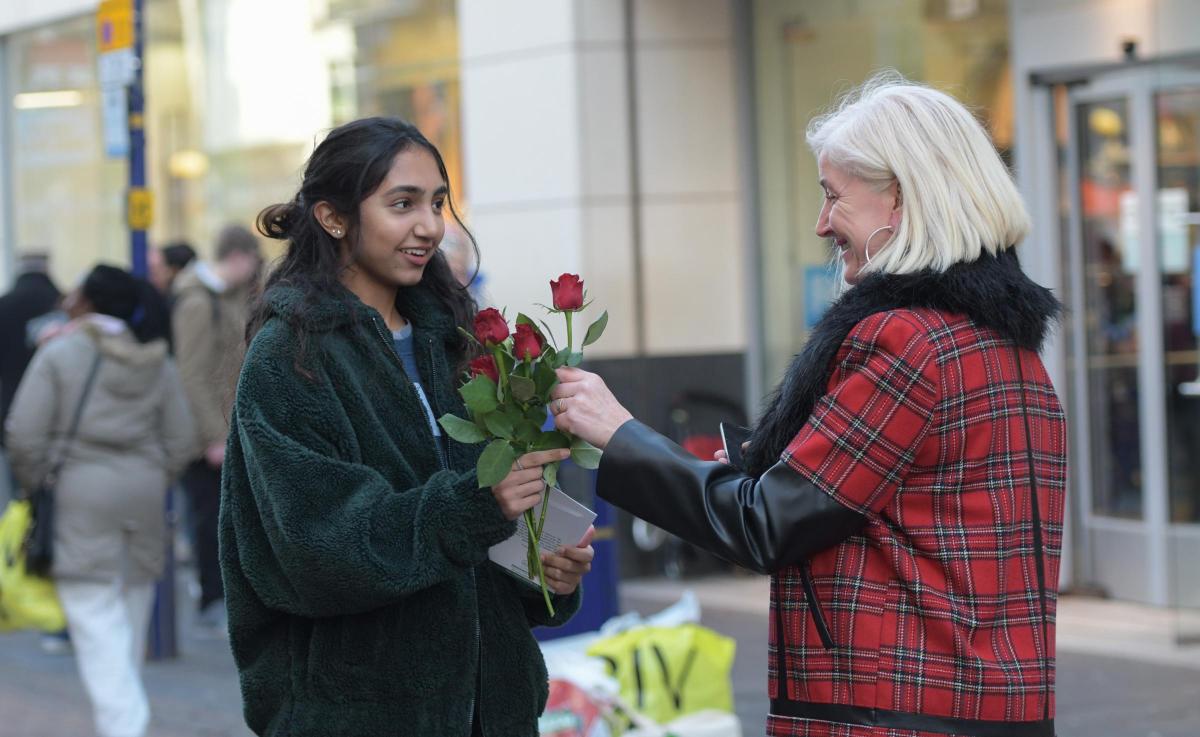 The event, organized by Dunfermline Central Mosque, in collaboration with the As Siraat charity, was held at the Islamic community,  marking the birthday of Prophet Muhammad, peace and blessings be upon him.

The effort is not the first by the local mosque to reach out to the public. 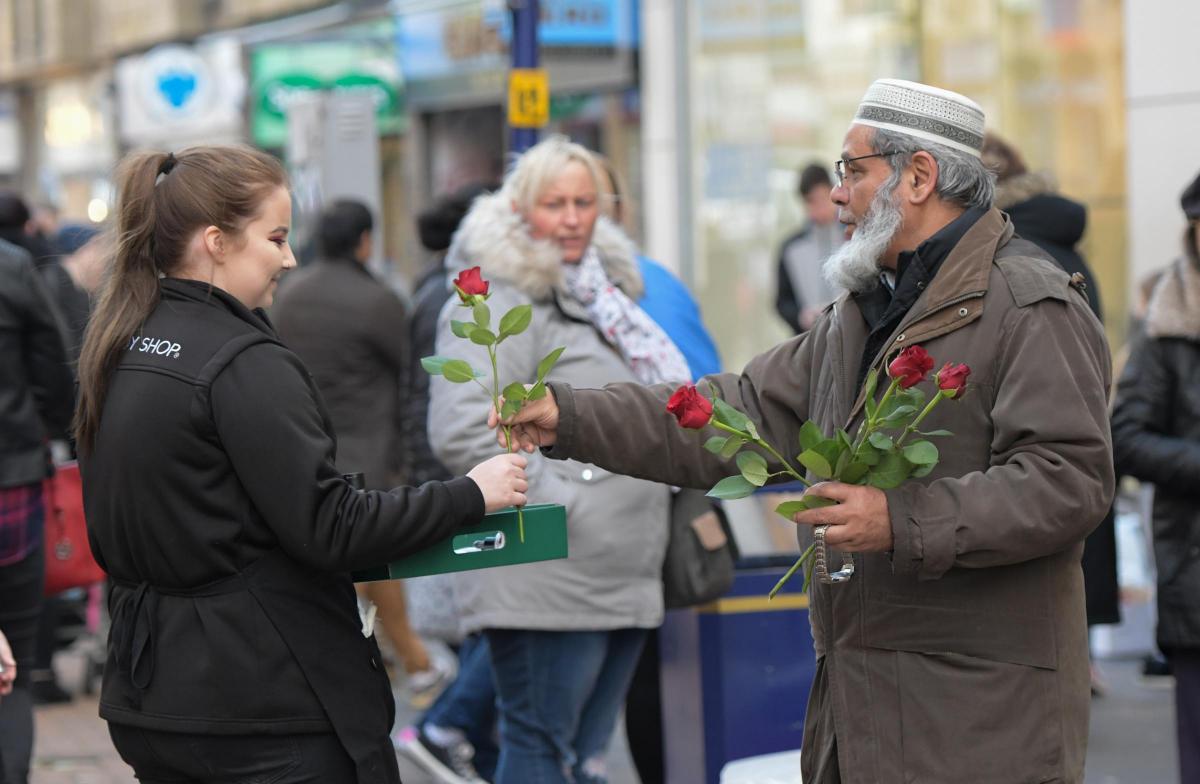 Just a couple of weeks ago, Imam Habibur Rahman was asked to speak at ‘Time for Reflection’ at the Scottish Parliament.

“It is a big honor for our mosque to be a part of these things,” Ajaz said.

“We’ve been working hard to engage with the community and other faiths.

“We try to do as much outreach as we can to break stereotypes and offer a hand of friendship so people are shown something other than what they see in the media.” 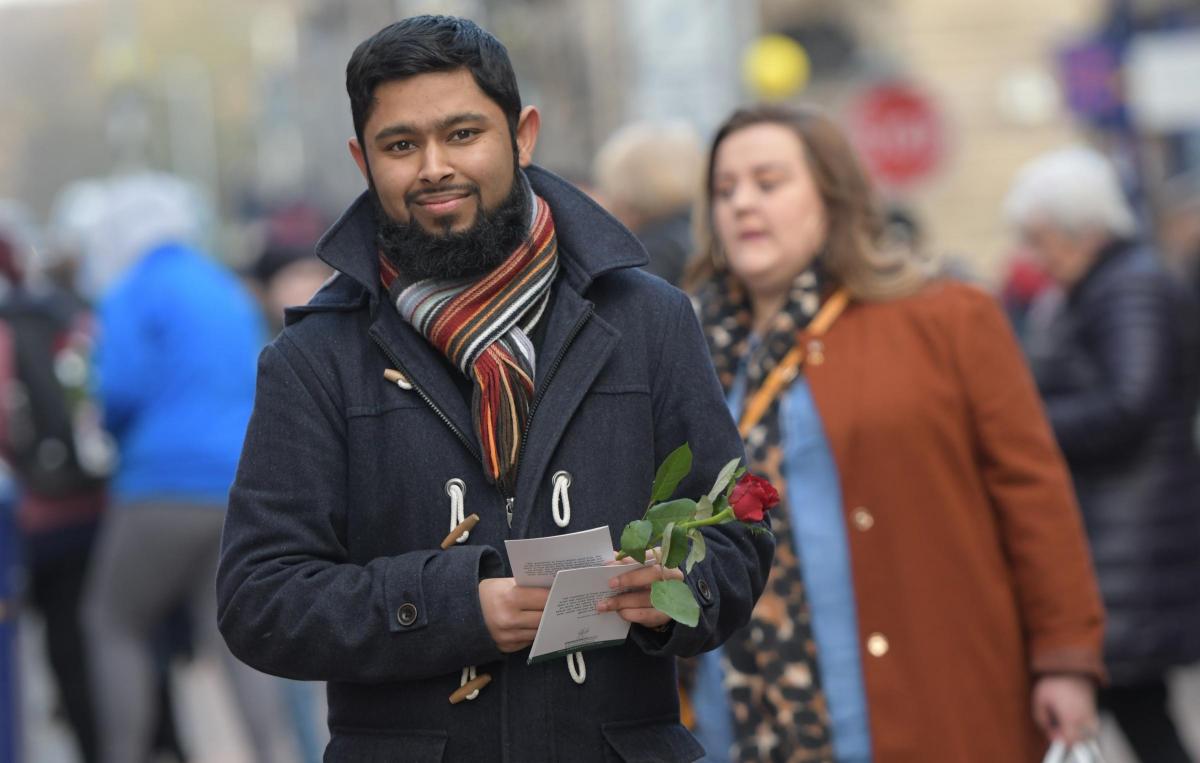 Most Muslims in Scotland are members of families that migrated in the later decades of the 20th century. According to the 2011 census, Muslims population is around 76,737 persons, almost 1.4% of Scotland’s population.

The first Muslim known to have been in Scotland was an Indian medical student who studied at the University of Edinburgh from 1858 to 1859.

Muslims in Scotland are an ethnically diverse population. Although a majority of Muslims are of Pakistani (58%) origin, 16.8% are Africans and Middle Eastern, while 7.8% are White Europeans.

Scotland’s largest city, Glasgow, has the highest Muslim population in the northwestern European country with 5% according to the 2011 census. Though, Pollokshields and Southside Central are the wards with the highest concentration of Muslim residents – 27.8% and 15.7% respectively. 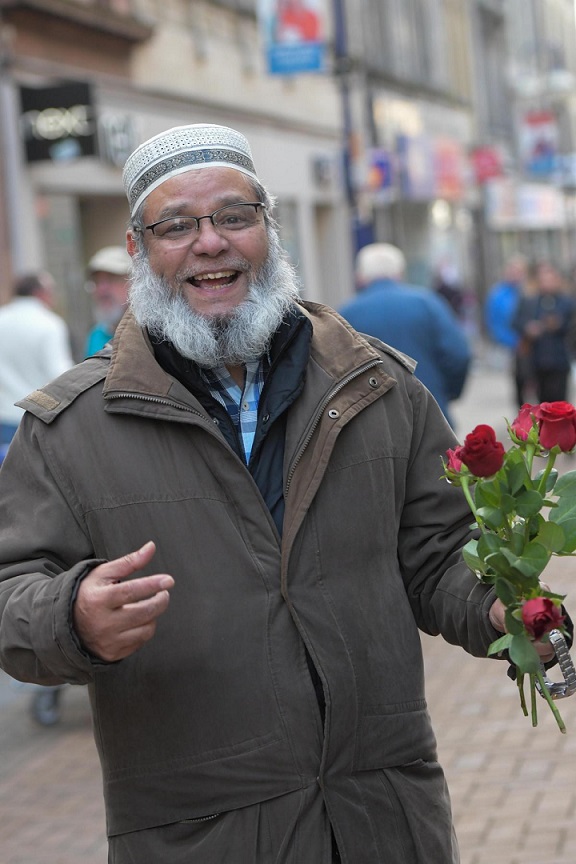