LIVERPOOL – Muslim superstar Mohamed Salah’s impact has made the attendance at England’s oldest mosque in Liverpool rise up this season, during Ramadan night prayers, improving the image of Islam across the country.

“More and more young people are visiting mosques and attending Friday prayers just from the fact that Mo Salah is here,” Dr. Abdul Hamid, a trustee at the Sheikh Abdullah Quilliam Mosque, told Channel 4 in a documentary shown on Tuesday night, The Mirror reported.

Chairman Galib Khan said: “Mo has brought together children of all faiths and groups and color and we are all proud of him.

“It brings fun to our lives. It brings positive images of everything that is in Islam to games and in people. I think Mo has given us a gift that we will not forget.”

And chief executive Mumin Khan added: “He is an absolute positive role model for the Muslim and non-Muslim community here in the UK and around the world.

“This is the model that we are looking for for the whole of Britain really. People like him who can bring us all together.”

About 1.8 billion Muslims around the world began the holy month of Ramadan last Thursday, abstaining from food and drink during daylight hours. 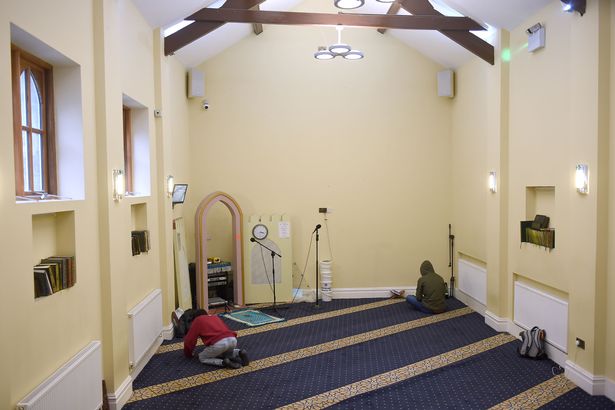 “It is fantastic to have him around. He is Muslim and he is doing all the things that Muslims do before a game – washing procedures and stuff like that,” he said.

“So we come a minute or two minutes earlier in the dressing room so we can be ready for the game.

“Like Sadio and Emre Can – they all do that.”

Liverpool Muslim star Mohamed Salah added a new trophy to his list of awards this year, as he was feted Sunday, May 13, with the Golden Boot for the Premier League’s top scorer, after finishing the season with 32 goals, setting a new scoring record.

The Egypt star also won the Professional Footballers’ Association player of the year award in April.

Earlier this year, the traveling Liverpool fans in the streets of a Portuguese city in midweek struck up a new chant to the tune of the 90s hit “Good Enough” by Dodgy with the line: “If he scores another few, then I’ll be Muslim too!”