As our nation comes together to remember those who had fallen during WWI, at the American Military Cemetery in Brookwood Cemetery in Surrey, a group of men, women, and children gathered Sunday, November 10, to remember the fallen.

Opening the program the American Ambassador to the UK, Woody Johnson, said, “Young Americans were joined by were joined by young Australians, Indians, and South Africans. Many nations and others sent their sons to the (war) front, and many never came home.”

Woody continued, “Remember what these men did, and what these men gave. Not for control, or domination, but in the fight for freedom and for peace. We remember their sacrifices, and today we say with renewed determination that the horrors of war must not be repeated.”

Also speaking was the Mayor of Woking, Beryl Hunwicks, who said, “Of course we remember all of those who fell in the first and second great world wars. And it’s about honoring all of the fallen and the wounded.”

Commander Garrison from the NATO Maritime Command added, “War sucks. It is a serious business and war is real. It has real cost and a real impact on those who serve. For many of my fellow veterans today you are intimately familiar with this reality. We probably share some of the same feelings and the same memories. Some of the feelings which allow us to relate to each other, without even saying a word.”

In her coverage of Britain’s forgotten veterans, Channel 4 news reporter Darshna Soni met 99-year-old Inayet Ali, who was a teenager when he volunteered to fight in the British Indian Army. “16 Years in the army, it was a good life,” he said.

Speaking of her encounter Darshna said,

“He and his family say that he has never been invited to any official remembrance service, because he served in the Indian, rather than the British army.

“Ali is one of the forgotten fighters, the thousands of Muslims from the colonies who volunteered to fight for the mother country. Their stories are known and untold, until now.

“His portrait now stands proud, in an exhibition in Nottingham, highlighting this contribution from the volunteer army.

“Many of the soldiers settled in Britain after the war, they faced racism and hostility. In a letter dated 1915, a Mosque in Surrey (Woking Mosque), wrote to the King, to complain about the way in which Muslims were being portrayed in the media.

“Inayat Ali’s family hope that by sharing his experiences, they can challenge those extremists who would question the contribution that Muslims have made to Britain.

“After he had been photographed, he was approached by a young white man who had no idea that so many Muslims had fought for Britain: “He shook my hands and said thank you. You have saved my country.”

Unlike the majority of other gravestones, the Indian Muslim gravestones in the cemetery face the direction of Makkah. That is more towards the southeast than the rest.

These graves are a stark reminder to an often under-reported account of how those from overseas helped to secure Britain. This allowed us all to enjoy the freedoms so many of us take for granted today. 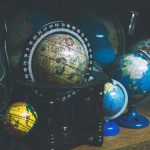