MANNINGHAM – For fifth year in a row, the British Muslim charity fundraiser Nazim Ali will once again be putting his body to the test next weekend when he takes on a ten-kilometer run while fasting for Ramadan.

“The challenge will be both physically and mentally draining as I will have no access to water, my struggle is nothing in comparison to the plight of the Syrian refugees,” Ali told The Telegraph And Argus on May 29.

Ali, 37, will travel from Manningham to Morecambe on Sunday, June 3, to complete the Morecambe 10k after fasting 18 hours.

The careers adviser in three inner-city schools will fly with West Yorkshire humanitarian organization SKT Welfare to the Turkish Syrian borders six days after the run to distribute food parcels to refugees.

“What sticks in my mind and is the reason I go back is when Syrian refugees have said to me, ‘We feel abandoned by the world, but you have left your family to help us and that means ever so much to us’,” the Muslim donor said.

This is the fifth year in a row Ali has undertaken this Ramadan run and will be his sixth visit to refugee camps in the past five years. 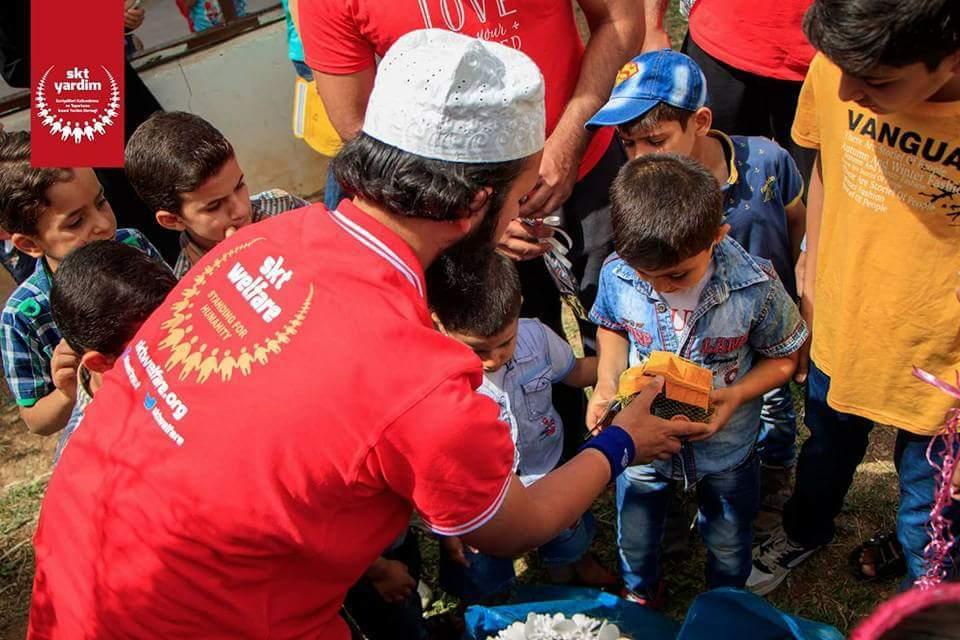 “The Syrian refugees in previous visits were really surprised when I informed them that the donations from the food parcels were from both Muslims and non-Muslims, and they always ask me to convey their greetings to the donors,” he said happily.

“I inform the Syrian refugees the donors are in solidarity with you and are praying for you so that an on-going war ends and the suffering eases.”

Each food pack that Ali will raise costs £45, which is made up of two food parcels weighing 90 lbs in total, which will provide a family of five with enough food for a month. The parcels contain rice, bulgur wheat, lentils, sugar, dates, flour, tea, and olive and sunflower oil.

Ali self-funds the trips, which he carries out during his annual work leave, to ensure 100 percent of donations go towards helping refugees.

“I pray and hope there is progress each time I visit but there seems to be no change just Syrian refugees trying to survive on a day to day basis rationing the little food they have,” Ali expressed.