A world renowned Pastor is challenging traditional church thinking on a variety of issues, including the benefits of certain Islamic ethics.

Ordained as a Baptist minister in 1981, Reverend Chalke began his mission to follow the teachings of Christ, by serving the needs of local communities.

In 2016, Reverend Chalke made statements in relation to Islam.

“I know some emphases in Islamic teaching come closer to the teaching of Christ and the Bible than some teaching in Western churches.” He said.

AboutIslam: Can you clarify your views on the status of Jesus and his relationship to God.

Steve Chalke: The major project I am involved in, is a pragmatic one, in the UK and elsewhere. There’s a huge amount of misunderstanding that occurs on both sides of the ‘fence’ between Islam and Christianity. The story of Mary in the Qur’an and the role she plays as mother of the Messiah is one of the uniting stories.

I got misquoted with: ‘Steve Chalke thinks Islam is a better representation of Christ than Christianity’. What I am actually saying is that Muslims and Christians are cousins, not enemies. There are points of difference. I am a follower of Christ. I see Christ not simply as a Prophet but the incarnation of all that God is, God in human form. As I read the Qur’an and I see the honor these pages have given to Christ and the role he plays then that is another bridge. What we need to do is explore our shared heritage which comes from the oneness of God and out of the story of Abraham. 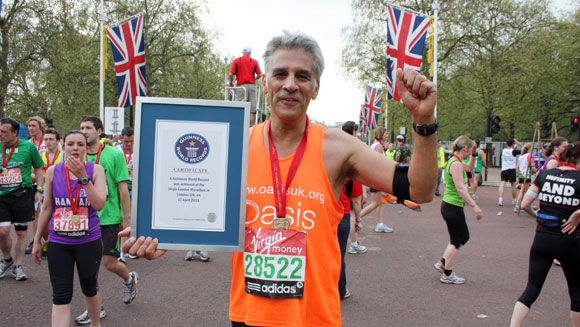 AboutIslam: Would you agree that Christians in the West are increasingly unaware of the roots of their tradition?

Steve Chalke: People say to me that we Christians worship the ‘real God’ and that Allah is a false God. I always say to them that Jesus spoke Aramaic. Arabic and Aramaic are from the same root. What do you think was the term for God which Jesus used in his everyday life? And when we sing in our churches ‘Allelujah’ what do you think that means? Everyone will say, ‘praise God,’ which sounds an awful lot like ‘praise Allah’. Allah and God are one God, the one God of the whole of creation.

AboutIslam: Which concepts do you most admire from the Islamic tradition and why?

Steve Chalke: When I talk to those who have a secularist, western, mindset, within moments they will tell you about their job, their car, their hobbies, their house, their kids, their gym all of those things. It is about ‘them’. If you talk to, very often, someone from an Islamic culture or background, within moments they will tell you about their mum, their dad, their extended family. A Muslim man recently told me about what his mother did in their community, the father’s role, and in 15 minutes that person hadn’t mentioned themselves. That speaks of this underlying commitment to togetherness. ‘Ummah’ is a concept and a reality hugely to be respected, admired and longed for as the only way forward as a human race. It is a biblical concept that has been downplayed by some factions of the church. There are other things I much admire in Islam, for example the way money is handled and interest isn’t charged. I think all of that teaching around usury is really helpful.

AboutIslam: How do you explain the current tensions between east and western traditions?

The world isn’t binary. There are westernized Muslims and there are westerners who embrace community living. Talking in generalities, western culture is broadly about individualism. We live autonomous lives where we don’t know our neighbors, where the elderly die unnoticed. There is the problem in the UK of loneliness. Many will get up today and speak to no one nor did they speak to anyone yesterday. The concept of ‘Ummah’ seems to stand against that.

Within the New Testament these concepts (neighborliness, generosity) are really strong. Jesus teaches about community as a body. That has been downplayed. Today, you can get a church service where people arrive late, don’t speak to anyone and then rush out without connecting. 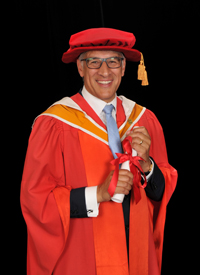 AboutIslam: Your church in London offers gay marriage. What led to that decision?

I am inclusive of gay people. Jesus never spoke out about homosexuality. Indeed the very term ‘homosexuality’ is an 18th-19th century invention. In the day of Jesus or Mohammed sexuality was thought about in completely different categories to the ones we think about now. Across the Muslim world the suicide rate amongst Muslim men is six times higher than amongst other men. The challenge for the Muslim community is this: if the Ummah means you are one community then why do I meet Muslims, gay men, who have been thrown out of their mosque and are scared for their lives?

AboutIslam: In your research into the Qur’an and the seerah (life experiences) of the Prophet SAWS what inspired you?

I think the whole of Mohammad’s life is inspiring. That he went, year upon year and sat in a cave, and he listened, setting aside time to hear God. That, because he makes the space for that, through discipline, God talks to him.

In the Qur’an, the verses which say, ‘..that if any one slew a person – unless it be for murder or for spreading mischief in the land – it would be as if he slew the whole people: and if any one saved a life, it would be as if he saved the life of the whole people..’ (5:32) I think that’s a really fantastic set of verses. ‘If I slay one person’, I interpret that to include taking someone down even with words. Reading that I think, I can do something about that today. I can be a better person. I love that.

AboutIslam: In your most recent Book ‘Radical’ you found fault with the government’s anti-radicalization ‘Prevent’ Program.

Steve Chalke: It is very hard for some Muslim people growing up feeling displaced. They have their culture and tradition from Islam, but their lives are in a different world so they are dislodged. That sense of displacement of belonging and fulfilment plays out in both poor white and poor Muslim communities. So the ‘Pied Piper’ comes and preaches a twisted version of faith – this also produced the Klu Klux Klan by the way – and for some young person it becomes the point of their life. The problem with the Channel and Prevent programs is they don’t actually deal with the underlying issues such as how do we create meaningful communities for each young person?

AboutIslam: Are Christianity and Islam brother and sister on the same path towards knowing God?

Steve Chalke:  Abraham is given, in the Qur’an, this role of leadership. So there is that oneness which we follow. There are still issues to work out. Will Christianity and Islam ever be one religion? Well, I don’t know about that.

In the Arabic bible, the bible of the Christian churches of the Middle East the term for God is Allah. We worship the same God. Our questions are around, how to serve the God of everyone and everything.

1.  2011, Steve regained his Guinness World Records title for most money raised by a marathon runner after receiving an incredible £2,330,159.38 in donations

3. Former UN.GIFT Special Advisor on Community action against Human Trafficking
We use cookies on our website to give you the most relevant experience by remembering your preferences and repeat visits. By clicking “Accept”, you consent to the use of ALL the cookies.
Do not sell my personal information.
Cookie settingsACCEPT
Manage consent